An exhibition titled 'Recalling the Horrors of the British Rule in Pictorial & Poetic Afflictions' will be inaugurated by JMI VC on August 14, 2022. 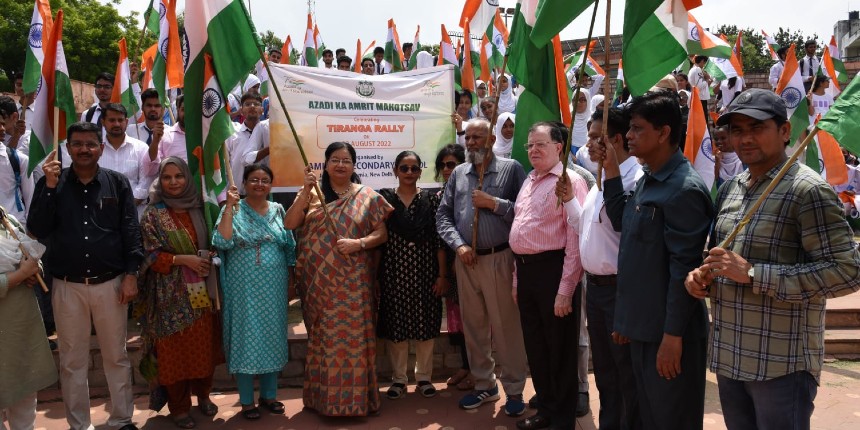 Students of the university and Jamia Schools, NCC cadets, NSS volunteers, teaching and non-teaching staff including Deans, HoDs and senior faculty members participated in the rally in large numbers.

Holding tricolours in their hands and raising patriotic slogans the participants in the rally passed through the Maulana Mohammed Ali Marg and covered the whole campus and culminated at the university amphitheater. After the rally the volunteers distributed the National Flag in nearby localities.

Speaking on the occasion Akhtar said, “Jamia is celebrating Azadi Ka Amrit Mahotsav with great zeal, enthusiasm and patriotic fervor to commemorate the 75 glorious years of progressive independent India. We are organising a number of programmes on the occasion. Hon’ble Prime Minister Shri Narendra Modi flagged off Har Ghar Tiranga campaign today and I appeal to everyone to hoist Tiranga at their office and residence or participate virtually to make it successful”.

A marathon will be flagged off from MAK Pataudi Sports Complex of the university on August 14, 2022 at 10 am. An exhibition titled 'Recalling the Horrors of the British Rule in Pictorial & Poetic Afflictions' will also be inaugurated by JMI Vice Chancellor in Premchand Achieves and Literary Centre on the same day at 11.30 am, the institute informed. 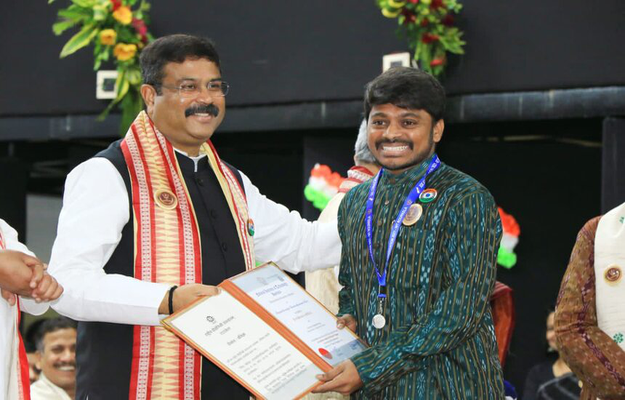