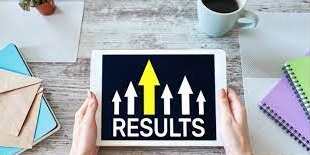 NEW DELHI: CBSE's feat of achieving the highest-ever pass percentage in class 12 has grabbed eyeballs of education experts who say college admissions might become an "uphill task" due to the high scores despite moderation. Some experts have pointed out that the allegedly "inflated" marks may be detrimental for state board students who will miss out further on chances of college admissions.

The Central Board of Secondary Education (CBSE) recorded the highest ever pass percentage of 99.37 in this year's class 12 results, declared on Friday, with girls outshining boys by a slender margin of 0.54 per cent. The pass percentage increased by over 10 percentage points against last year's 88.78 per cent.

"The guidelines given to the schools states that they can increase the marks by about 2 per cent compared to the previous years. If that’s the case, how did over 70,000 students score more than 95 per cent this year? A school's average cannot be more than 80 pc. This discrepancy is indeed a mystery that does not meet the eye, which the concerned authorities need to investigate," said Sunita Gandhi, a noted educationist.

"The schools that have been honest and sticking to the clear-cut guidelines are getting poorer results this year. Many, I know, who followed the guidelines haven't got more than 2 per cent, which is required of the previous last three results. Given the CBSE procedure, how did many schools get away with it? This has led to a lot of disappointed children as well. This will impact the college admissions massively," Gandhi added.

The results announced by the board showed that the number of candidates scoring above 95 per cent has increased from 38,686 last year to 70,004 this time. However, the number of students scoring between 90-95 percent has gone down from 1,57,934 last year to 1,50,152 this time. According to Milind Padalkar, pro chancellor, The NorthCap University, the huge number of students scoring above 95 percent, is going to increase the pressure of getting admission to highly sought-after colleges and students may be left without getting into colleges of their choice. "The colleges that see rush will have to evolve a different mechanism for acceptance.

This also means the spike of students scoring high marks will have to be absorbed by various colleges who earlier were not on the consideration list of the students. Such colleges will have to gear up likewise for coming up with acceptance strategies. This might mean rising demands for colleges in general compared to last year," he told PTI. Shishir Jaipuria, Chairman, Seth Anandram Jaipuria Group of Educational Institutions, believes the excellent results indicate that college admissions will be an "uphill" task.

"The results have understandably elated many students. About 99.37 percent students have passed the exam and over 70,000 of them have scored more than 95 percentile this year. This is a record high pass percentage and could be a result of the new 30-30-40 formula for academic evaluation of students,” he said. "The excellent results indicate that college admissions will be an uphill task. The college admission process will be tough as the cut-offs may increase," he added. According to Sangeeta Hajela, principal, DPS Indirapuram, to see nearly double the number of students in 95 percent and above bracket is surely noticeable phenomenon and "colleges need to rethink on their seats distribution" Narendra Shyamsukha, chairman ICA Edu SKills, said while it is a matter of rejoice for CBSE students, such inflation in marks has become a concern for students from the state boards.

"The college cut-offs are going to be higher than last year as a large number of students have scored above 95 per cent in CBSE class 12 exams this year. So, if the results of the state boards don’t match up with the other boards, then students will miss out on seats in colleges and courses of our choice. Such inflation in marks will only cause unnecessary stress and disparity in the society, he said.

"For the last few years, it has been seen that the first two merit lists of colleges are mostly dominated by CBSE students. Also, this will impact the admission criteria in the deemed universities, while earlier grades, extracurricular activities, and sports would have made a student get into a good college, this time colleges might look at extra skills, reasoning and creative thinking, communication skills and other qualities that makes them eligible for admissions," he added.

Dheeraj Sanghi, Vice Chancellor-Designate, JK Lakshmipat University, Jaipur, said the marks allotted by the CBSE are "pretty random" and do not reflect the hard work that students put into getting the grades in class 12 like it used to happen usually. "This time college admission interviews should focus more on creative, cognitive thinking and overall aptitude and portfolio of the students," he said.