Centre's announcement on OBC quota is another milestone: AIDMK

The reservation of 27 per cent for OBCs (other backward classes) in the quota for medical students in the country that was announced by the Centre is another milestone in the AIADMK's legal battle on the issue. 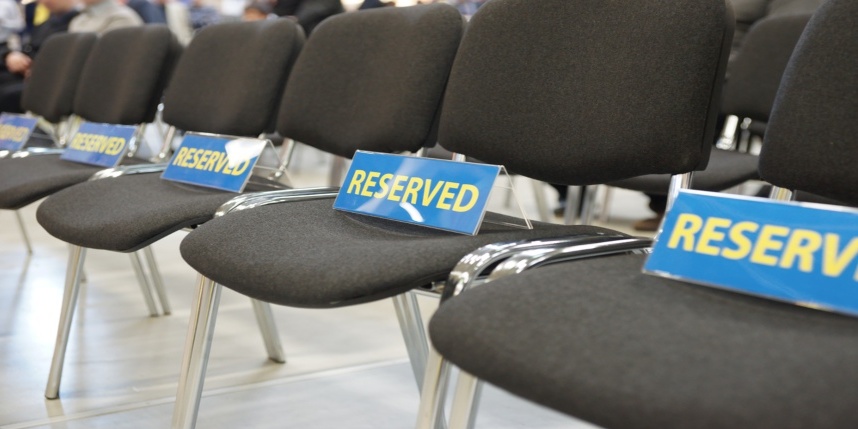 NEW DELHI: The reservation of 27 per cent for OBCs (other backward classes) in the quota for medical students in the country that was announced by the Centre is another milestone in the AIADMK's legal battle on the issue, said top leaders of the party on Friday. On Thursday, the Central government announced the 27 per cent quota for OBCs as well as 10 per cent for the economically weaker section (EWS) for undergraduate and postgraduate medical and dental courses from the academic year 2021-22.

Welcoming the announcement, AIADMK coordinator O Panneerselvam and joint coordinator of the party K Palaniswami claimed their legal battle has ensured the reservation for student from other backward classes in Tamil Nadu. "We are proud to say that this is a great victory for social justice pursued by AIADMK leaders late M G Ramachandran and J Jayalalithaa. We like to inform that the AIADMK will continue its efforts to achieve the target of 50 per cent reservation for OBCs," they said. In a joint statement here, Panneerselvam and Palaniswami lauded the announcement and thanked Prime Minister Narendra Modi for it.

Tracing the party's struggle to ensure reservation for OBCs in education and employment, the two AIADMK leaders said M G Ramachandran had in 1980 increased the quota in Tamil Nadu to 50 per cent from 30 per cent. Acting on the recommendation of the Mandal Commission, the Central government in 1990 announced 27 per cent reservation for OBCs in jobs in Central government services and public sector undertakings (PSUs).

"But, no announcement was made regarding reservation in educational institutions. Aware of this, Jayalalithaa urged the Centre to expedite and fully implement the recommendations of the Mandal Commission to help the backward classes in the social and educational spheres," they said. In 1991, Jayalalithaa passed a resolution in the Tamil Nadu Legislative Assembly and forwarded it to the Centre seeking 50 per cent reservation for the OBCs in employment in central government services, PSUs and educational institutions as well. Subsequently, she passed a Bill in the Assembly in 1993 enacting the Backward Classes, Scheduled Castes and Scheduled Tribes (allocation of seats in educational institutions and appointments in government-run institutions) Act to protect the 69 per cent reservation for the backward, the downtrodden, and the tribals.

This is still being followed today. Further, the previous AIADMK government headed by Palaniswami wrote to the Centre in March 2018 for the implementation of 27 per cent reservation for the OBC in other Central educational institutions. "Later, several letters were written as reminders till January 13, 2020," they said. The demand was reiterated during a meeting with Prime Minister Modi. The then Law Minister C Ve Shanmugham of the AIADMK moved the Madras High Court and sought 50 per cent quota across the country.

This made the other political parties impleaded themselves in the case. The High Court, on July 27, 2020 directed the government and the Medical Council of India (MCI) to set up a panel to look into the implementation of 27 per cent reservation for OBCs from 2021-2022. Also, the court ruled that a committee should be set up to implement the reservation for OBCs from the 2021-2022 academic year. "Following this, the Supreme Court closed the case.

The AIADMK government has received a historic ruling that upholds social justice. Accordingly, the Central government had set up a committee to implement the 27 per cent reservation, which led to the announcement," they claimed.