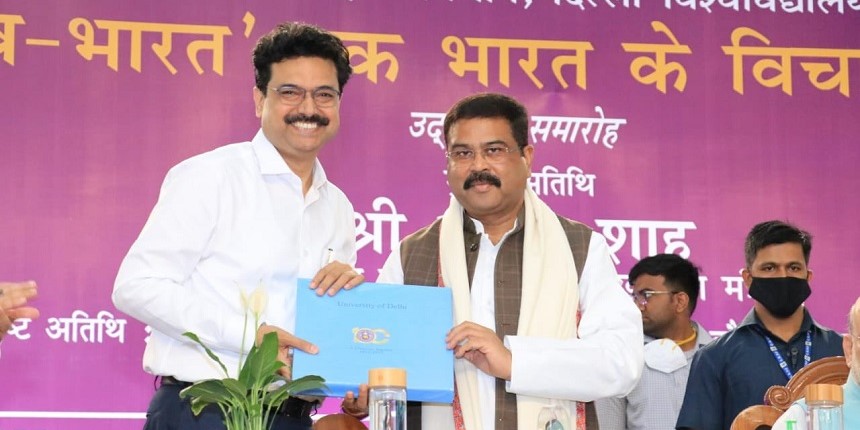 NEW DELHI: The University of Delhi’s Department of Political Science is hosting a three-day international seminar on 'Revisiting The Ideas of India From Swaraj to New India' starting from today, May 19. Home Minister Amit Shah is the chief guest at the programme and Union education minister Dharmendra Pradhan also attended the seminar.

"I wish I were a student of DU. DU is celebrating its centenary year and we are celebrating the country's Azadi ka Amrit Mahotsav. This is a happy coincidence," he said. The education minister also advised the university to include futuristic courses in its curriculum. "The times are changing. Our country's inventions do not get patented. DU can start a short-term diploma course on patent process.

Pradhan also shared that Union Home Minister Amit Shah, who was the chief guest at the event, became emotional after seeing the NCC cadets who welcomed him at the event. "While entering, we were welcomed by NCC cadets. Our home minister got emotional after seeing them. He recalled his time as an NCC cadet when he had welcomed Morarji Desai during a visit to his village. He said that in 30-40 years, one of them could become the prime minister of the country," Pradhan said.

Speaking at the event, Shah said that not even 100 universities were there when DU was set up but now there are hundreds of universities and Delhi University is the leader among them. Indians accept whatever is good in other countries and are willing to implement them but that doesn’t mean we have no relevance of our own, he said. Delhi University has witnessed the revolutions of the country and contributed to the independence of India, Shah said.

Also Read | A JNU in Kazakhstan? VC discusses setting up campus with diplomat

The minister said that the National Education Policy (NEP) 2020 has put Indian values in a contemporary context. It has given a platform for holistic growth, employment rather than acting as a pipeline where students will be put in at one end and will go out the other. “In the last eight years the Bharatiya Janata Party (BJP) has ruled, we have established 39 higher education institutions,” Shah said.

Delhi University vice chancellor Yogesh Singh said that India needs a growth rate of 10 per cent for the next 10 years to become a six trillion dollar economy. He also stressed that policies that compromise on the country's growth should not be supported and be postponed. "Delhi University is celebrating its centenary. These have been 100 years of education, the process of becoming the best university. It started with three colleges, 750 students, Rs 40,000 annual budget, and today we have 90 colleges, more than six lakh students, and Rs 840 crore annual budget. This is such a huge expansion. Congratulations to students, the education ministry and the Centre on this achievement," he said.

"We are giving a centenary chance to students who could not complete their degree. The registration for this started on May 1 and we have received 1,560 registrations. The oldest student is from the 1977-80 batch, who was studying B.Com in Atma Ram Sanatan Dharma College," he said. He said Union Home Minister Shah's visit is "a golden day" in the history of Delhi University. Centenary celebrations of the university began on May 1. 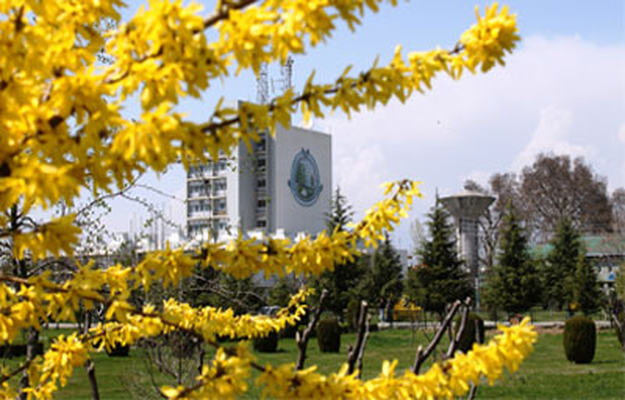