DU VC Yogesh Singh underlined the importance of organizing programmes like these in universities. He opined that it educates us about our unsung heroes. 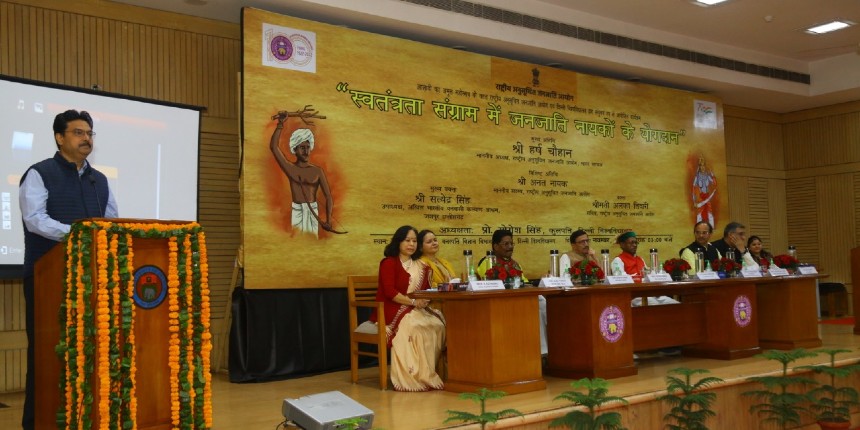 NEW DELHI: On the occasion of Azadi ka Amrit Mahotsava, University of Delhi and National Commission for Scheduled Tribes jointly organised a programme on "Tribal Heroes’ Contribution in the Freedom Struggle," at the Conference Centre of University of Delhi.

Harsh Chauhan, chairman of NCST was the chief guest and NCST member Anant Nayak was present as the special guest. The programme was presided over by DU vice chancellor Yogesh Singh.

Yogesh Singh underlined the importance of organizing programmes like these in universities. He opined that it educates us about our unsung heroes who gave their lives for us and the least that we can do is to remember them and get inspired by their lives.

A video, prepared by NCST, was also played that showcased the problems being faced by tribal communities in contemporary times and the role of NCST in empowering them.

Chief guest Harsh Chouhan pointed out that there was a great gap between the image and reality of tribal communities in India. “Initiatives like this would help to throw light on the significant role played by the tribals in Indian history in order to make people educated about tribal population and transform their perception,” he said.

Speaking on the occasion, Satyendra Singh, vice president of Akhil Bharatiya Vanvasi Kalyan Ashram, stressed on the contribution of prominent tribal revolutionaries like Birsa Munda, Tilkamanjhi, Rani Chennamma, BhimaNayak, Chakra Bisoi and his uncle Dora Bisoi, Sidhu and KanhuMurmu, among many others who led the resistance against British. He reiterated the need to remember the contribution of these unsung heroes.

Special guest Ananta Nayak, member of NCST recalled that the contribution of tribal communities in Indian history dates much before the advent of the British and can be traced back to the period of Ramayana and Mahabharata. 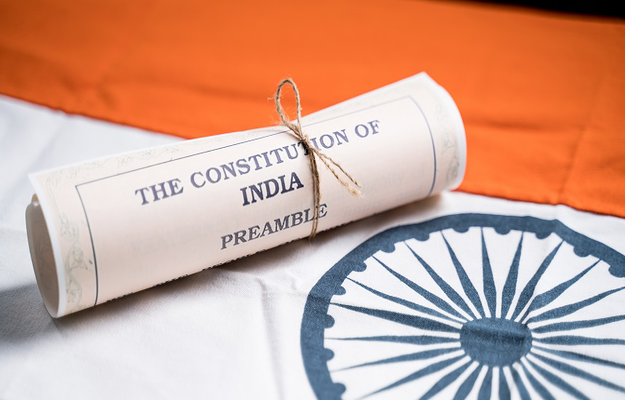 Constitution Day 2022: How educational institutions are celebrating this year