Delhi University: These PhD students submitted their theses but succumbed to Covid-19 before earning degrees. DU will award them posthumously. 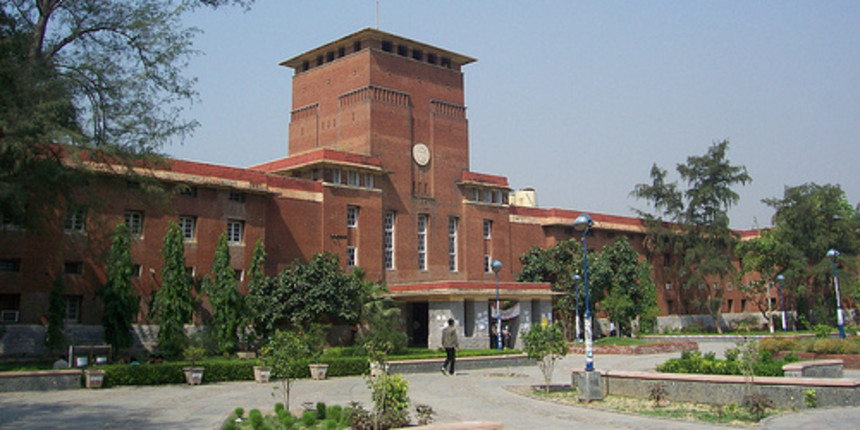 NEW DELHI: Rohit Gurjar had “normal dreams”, according to his family. He wanted to finish his PhD, find a good job and take care of his family. However, before he could achieve those goals, the 34-year-old PhD student of Delhi University passed away in April 2021, during the peak of the second wave of the Covid-19 pandemic, a few months after submitting his thesis.

The DU Academic Council, in a meeting held on August 3, 2022, approved a posthumous PhD for Gurjar. He was one of three DU students to receive a posthumous degree over the past year. Another PhD student, commerce department’s Burhanuddin Shaik, was also claimed by the pandemic.

Gurjar had submitted his thesis on minimum-input minimum-output (MIMO) antennae eight months before he died. Shaik died just one month before the final approval of his thesis.

In 2015, Gurjar enrolled for a PhD in NSUT’s department of electronics and communications engineering. He was also a recipient of the Teaching Research Fellowship (TRF) and taught at NSUT while pursuing research. TRF is a fellowship programme funded by the All India Council for Technical Education (AICTE), the country’s highest regulator for engineering institutions, to promote research.

“He was very extroverted and social among his circle. Although my interaction with him was limited to academics, he was a very good research student. He didn’t need much help and would do very well on his own,” said Dharmendhra Kumar Upadhyay, professor at NSUT and Gurjar’s PhD guide.

“He was a good looking, open-minded individual and a true family man. He always took care of his parents… We got married after he finished his BTech, then he proceeded to do his MTech and PhD,” said Parmila Gurjar, his wife. “He had normal dreams. He wanted to finish his PhD, find a job and take care of his family. That’s what most of us humans wish for and strive for and that’s what he wanted to do. Until suddenly he fell sick.” Gurjar is survived also by a nine-year old daughter and seven-year old son.

After submitting his thesis, Gurjar was teaching at the Pranveer Singh Institute of Technology, a private university in Kanpur, when tragedy struck.

“I got to know through the other PhD students. Then, I talked to his father. He told me that Gurjar was admitted to hospital for more than seven days…He was a healthy young man, fitter than most people,” said Upadhyay. “He had submitted his thesis some eight months before. Even the examiner’s comment had come in when he was with us. The process got a bit delayed due to Covid-19.”

A few months later, Gurjar’s father also died due to dengue, leaving his wife as the sole breadwinner of the family. “We have rented out our house and are surviving based on that. It’s enough for my children, my mother-in-law and I,” said Parmila Gurjar.

The posthumous degree to Gurjar will be confirmed by Delhi University’s Executive Council and will most likely be announced during the next convocation.

“People dedicate their entire lives to a PhD so, of course, it was very important for him to get the degree,” said Parmila Gurjar.

Burhanuddin Shaik, a PhD student in the department of commerce at DU, was another student claimed by Covid. Shaik, a resident of Delhi had done his M.Phil at DU and joined the department of commerce as a research student in 2016. Although Shaik submitted his PhD thesis on time, he died a month before the final approval. The 31-year-old, who lived near Zakir Hussain College, also taught marketing in the evening college.

“He had fallen sick suddenly and within a few days he had collapsed…He was a good student. A very laborious, hardworking student. It was his dream to do a PhD but unfortunately he didn’t get a chance to make that come true,” said Kavita Sharma, professor, department of commerce, DU.

His professors described Shaik as a “sincere student” dedicated to his field. Shaik, who was unmarried, constantly worried about his mother’s health, according to his professors. His father had already passed away.

“His mother had cancer. He was always worried about her. During the Covid-19 period also she had to undergo various treatments and he was always tending to that. He caught Covid-19 during this period only,” said Madan Lal, professor at the department of commerce, and Shaik’s thesis guide.

“He even went to Mecca and Medina to pray for her recovery. Alas, that could not save him or his mother,” said Lal.

Shaik’s mother succumbed to cancer two months after he died. He was awarded his posthumous PhD degree during DU’s convocation in January 2022. 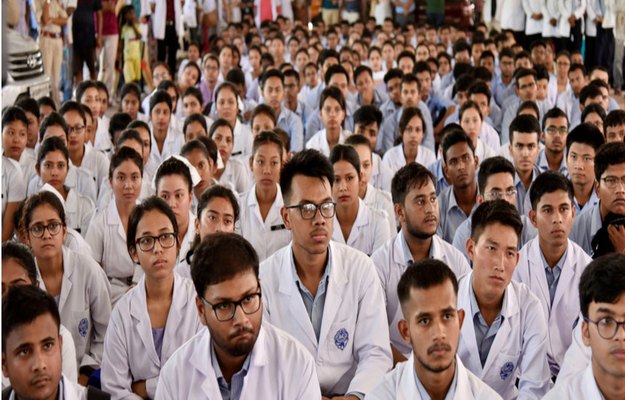