The Delhi University has released the second special drive cut-offs at the official website - du.ac.in. The last date to make payments is November 30.

NEW DELHI: The Delhi University on Wednesday announced cut-offs for its second special drive on the official website - du.ac.in. to fill up vacant seats in the various undergraduate programmes offered by the university. The minimum required marks saw a steep decline in the range of 2% to 9% at some colleges. Earlier, the university had announced a cut-off under a special drive on November 13.

The university has not shared the admission data for the list. Many prominent colleges like Hindu and Hansraj College have closed admissions for a majority of their courses. Till the fifth cut-off list, 74,667 students had secured admission.

Under the second special drive, candidates can apply for admission on November 25 and 26. Colleges will release the merit list on their website and candidates will have time from November 27 to 5 pm on November 30 to make payments.

Gargi College still has seats left in the general category for BA (Honours) Political Science (95.50 per cent), BCom (Honours) (95 per cent) and BA(Honours) Sanskrit (63 per cent). At Hindu and Hansraj College, almost all the arts and commerce courses are closed for admission. The Indraprastha College For Women has released cut-offs for Economics (Honours), English (Honours), History (Honours), Geography (Honours) and Sanskrit (Honours) for which admission is still open.

Those who could not seek admission or had cancelled their admission during the preceding cut-offs but meet any of the preceding cut-offs and first special drive may be considered for admission under the second drive provided seats are available in the category. "No movement allowed during the special drive. Candidates who have secured admission in any of the earlier five cutoffs (including special cut-off/drive-I) will not be allowed to participate in the Special Drive- II. "This means candidates who are already admitted in any Programme College of the University of Delhi will not be eligible to participate in the special drive. Hence, cancellation options for candidates will be suspended during the special drive," the university said.

Also Read | IIT Vs IIM: How the IITs are outpacing IIMs in NIRF rankings

Meanwhile, the Delhi University's Non- Collegiate Women's Education Board (NCWEB) released its special cut-off on Wednesday. The NCWEB is a non-formal system of obtaining a degree from the Delhi University with lectures being delivered only on weekends.

According to the list, the BCom programme is closed at Hansraj College, Maharaja Agrasen College, Jesus and Mary College and Miranda House while the course is still up for grabs at 22 other colleges like Maitreyi College, Bharati College and Aryabhatta College. Only women students residing in the National Capital Territory of Delhi can enrol themselves as students of the Board. 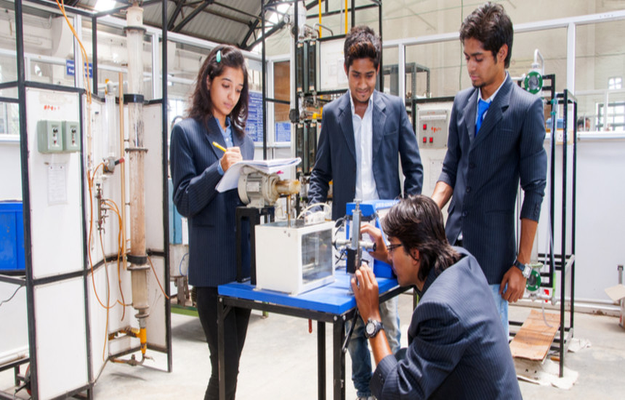