President Ram Nath Kovind said educated youth, given the right direction, can bring revolutionary changes in the course of history while addressing at the 41st convocation of Anna University 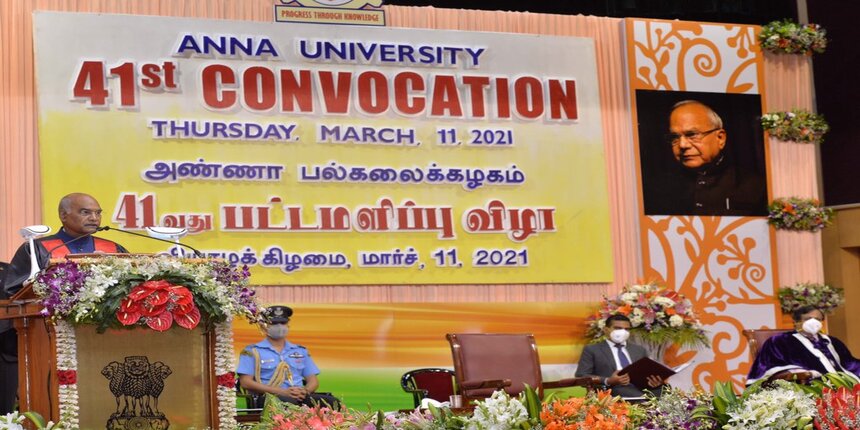 CHENNAI: President Ram Nath Kovind on Thursday emphasised the role of education in moulding students into agents of social change and said educated youth, given the right direction, can bring revolutionary changes in the course of history.

Reiterating that education is the catalyst for change and the youth the most potent agent of social transformation, he said "the youth, given the right direction, can bring revolutionary changes in the course of history." In fact, this is what the National Education Policy (NEP) 2020 aims to achieve. "It seeks to implement a modern education system based on research, skill and acumen relevant to the evolving needs of the present," the president said addressing the gathering at the 41st convocation of Anna University here.

Anna University, which is the hub of technological education and one of the largest technological universities in the world, is witnessing gender empowerment through education. "I am told that more than one lakh candidates at undergraduate, postgraduate and PhD levels are receiving degrees today of which about 45 per cent are women," the president said.

His "bigger pleasure" was to know that out of total students being conferred with gold medals and first-class degrees today, over 60 per cent are women. "This excellence displayed by women is a reflection of the future of India as a developed nation.I congratulate each one of these daughters for this accomplishment, which is just a stepping stone on the path of further progress, both academic and personal," he said. He was also glad to note that this is the first Indian university to design, develop and operate a satellite in association with ISRO named ANUSAT.

The president said the NEP would include within its domain the country's rich cultural heritage in consonance with a futuristic outlook. The policy focused on inculcating moral values and promoting understanding of Indian culture. Exuding confidence that the implementation of this policy would usher in an era of modern learning and education, he said "it will create a brigade of researchers and professionals who would take our country to the great heights of development, as befitting our national aspirations."

The president advised the young minds on the threshold of beginning a new journey of pursuing higher studies or taking up professional responsibilities, to always remember that their deeds will reflect their personality. "Always try to give back to your family, society and country which have nurtured you in the most significant phase of your life.I am sure that you will never step back from putting in your best," he advised and congratulated the students after conferring them degrees and certificates. 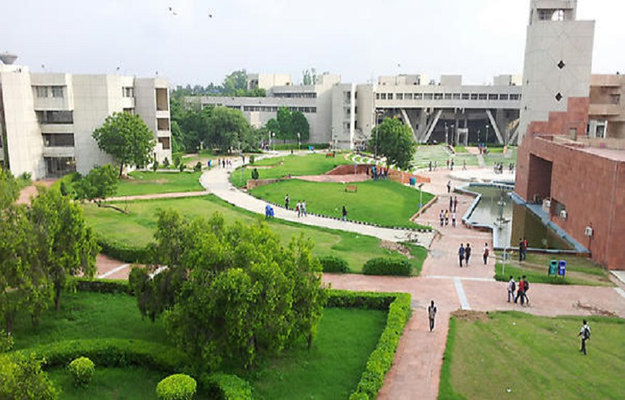