MSU: Right-wing outfits staged a protest alleging that Hindu gods, goddesses were depicted in objectionable manner in some of the artworks by students. 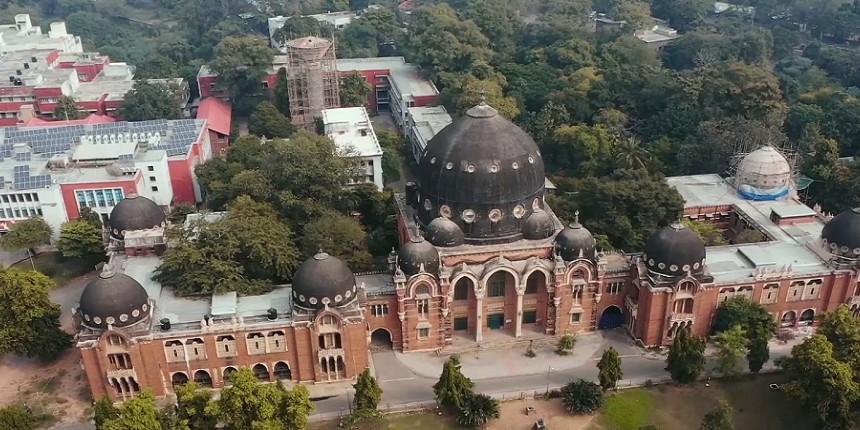 Vadodara: A student of the Faculty of Fine Arts of The Maharaja Sayajirao University of Baroda here has been expelled by the authorities for an `objectionable' painting which had riled some right-wing organizations.

Show-cause notices were also issued to some other students and the teacher involved in the project, the head of the department and the dean of the faculty, Vice Chancellor Vijay Kumar Srivastava said on Wednesday.

The action was taken after the report of a nine-member fact-finding committee was tabled in the meeting of the university's syndicate on Tuesday, he said. "(The student who made the painting in question) has been expelled. Other students have been issued show-cause notices, and action will be taken on the basis of their responses.

The teacher under whose guidance the project was carried out, as well as the HoD and Dean of the Faculty of Fine Arts have also been issued show-cause notices," Srivastava told reporters.

Last Thursday, activists of the Akhil Bharatiya Vidyarthi Parishad, Hindu Jagran Manch and some other right-wing outfits staged a protest on the campus of the faculty, alleging that Hindu gods and goddesses were depicted in objectionable manner in some of the artworks made by students.

The paintings had been displayed in an exhibition held at the faculty on May 5 as part of the exam assessment. 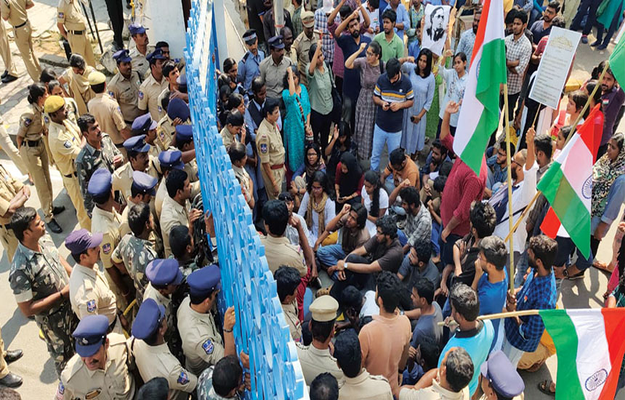 Students and Sedition: As SC puts sedition law on hold, a look at cases against students