According to the IIT Guwahati team, their product extends the shelf-life of fruits and vegetables and can help reduce food losses, an SDG goal. 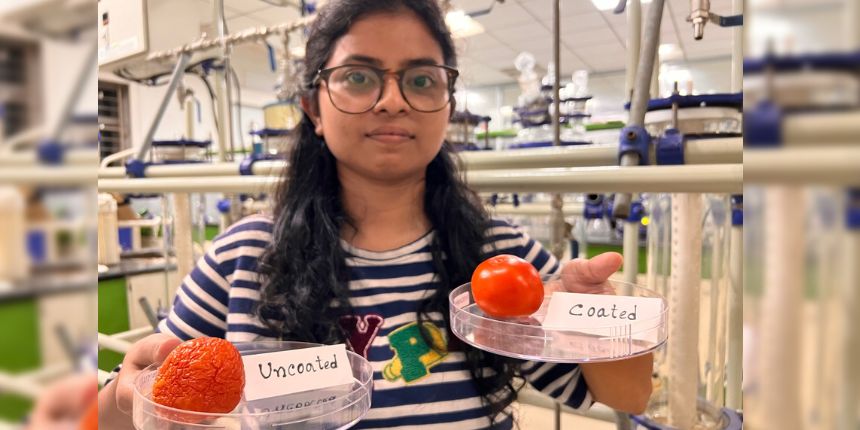 NEW DELHI: Researchers at the Indian Institute of Technology (IIT) Guwahati have developed an edible coating to extend the shelf-life of crops. Several vegetables, including potatoes, tomatoes, green peppers, Khasi Mandarin, apples, and strawberries – both sliced and whole – were used to test the coatings. According to the researchers, their advancement could help achieve Sustainable Development Goal (SDG) goal 12.3, which aims to reduce food losses.

"According to the Indian Council of Agricultural Research, between 4.6 and 15.9% of fruits and vegetables go waste post-harvest, partly due to poor storage conditions. Post-harvest loss in certain produce items like potato, onion and tomato which could be as high as 19%, which results in high prices for this highly consumed commodity,” the institute said in a statement.

The researchers created protective, edible films for coating vegetables and fruits using a combination of “microalgae extract and polysaccharides”."The microalgae Dunaliella tertiolecta is well known for its antioxidant properties and contains a variety of bioactive substances including carotenoids, proteins, and polysaccharides," the statement said.

The coatings' toxicity was also assessed by the researchers using baby hamster kidney (BHK 21) cells. The testing revealed that the material used for coating is harmless and could be used without risk in the packaging of edible foods. “The newly-developed coatings can be mass-produced and are unique. They are very stable to light, heat and temperature up to 40oC, edible and can be safely eaten as part of the product formulation and do not add unfavourable properties to it. They retain the texture, colour, appearance, flavour, nutritional value and microbial safety of the fruit or vegetable that has been coated, thereby enhancing their shelf life to several weeks to months," Vimal Katiyar, prof IIT Guwahati said.