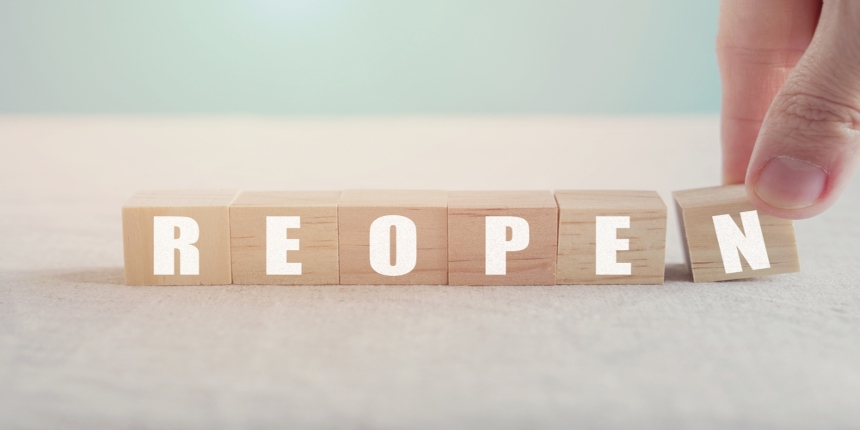 NEW DELHI: The National Testing Agency has reopened the JEE Main application form correction facility till July 31 to indicate their option on NDA/NA exam. Those candidates who are going to appear for NDA/NA examination on September 6 as well as the JEE Main April session can escape the clash of both exams. NTA has allowed all such candidates to mark a ‘YES’ in their application form against ‘Whether appearing for NDA and NA examination being conducted by UPSC’.

By this, the authorities will know about all the candidates who are going to appear in both the examinations. As the JEE Main exam is conducted on multiple days, such candidates will be allotted an exam date other than September 6, 2020 to avoid such clash. The facility was previously provided between July 4 and 20 wherein corrections in all the details were allowed for registered candidates. 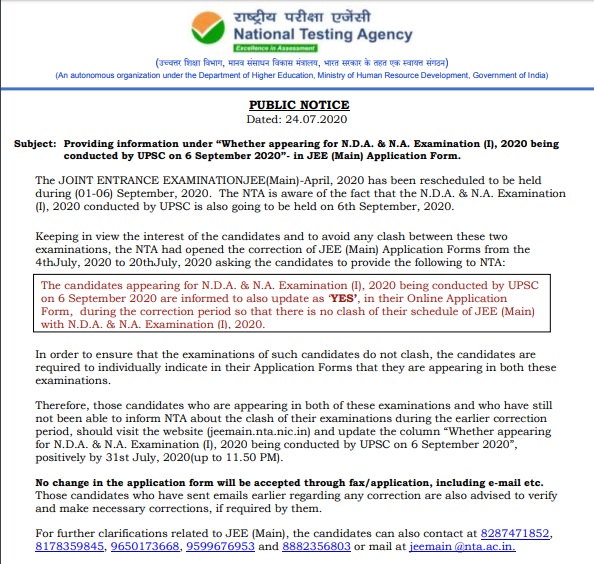