Students urged IIT Bombay to address loopholes pertaining to safety inside Hostel 10. However, there has been no action taken by the Gender Cell so far. 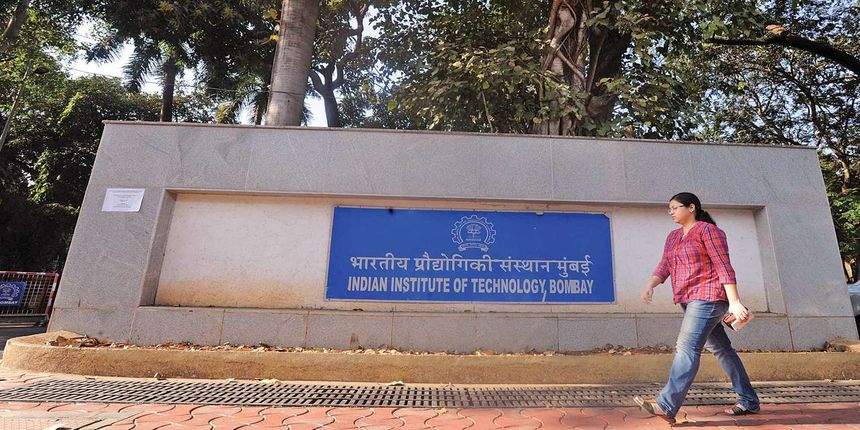 In a letter addressed to Hostel Manager, the students pointed to the “insensitive comments and behaviour of the administration and security” and said that victim blaming and moral policing “show the existing ignorance in handling such sensitive cases”.

The IIT Bombay female students requested for a thorough cyber investigation after an employee of the hostel's night canteen allegedly climbed a pipe duct of the building and peeped into the women's washroom on the night of September 18. The 21-year-old employee was arrested after one of the students registered a complaint.

Disappointed over the administration’s response, the female students wrote a letter to the hostel manager requesting for updates on the case. It also urged the IIT Bombay administration to address loopholes pertaining to safety inside Hostel 10. However, there has been no action taken by the institute or the Gender Cell.

The IIT Bombay students’ collective on Sunday evening tweeted a IIT Bombay Gender Cell “missing” poster following the inaction. Sharing an image of the functions of the Gender Cell, it said, “It is believed that the Gender Cell and any of its functionaries are missing or not found anywhere near Hostel 10 even after a case of sexual harassment and grave violations in gender justice.”

As per the IIT Bombay policy on prevention, prohibition and redressal of sexual harassment in workplace, the role of the Gender Cell is to “take suo moto notice of grave violations of the basic principles of gender sensitivity and gender justice in the institute campus/ workplace and find appropriate ways to address these in collaboration with the employer.” 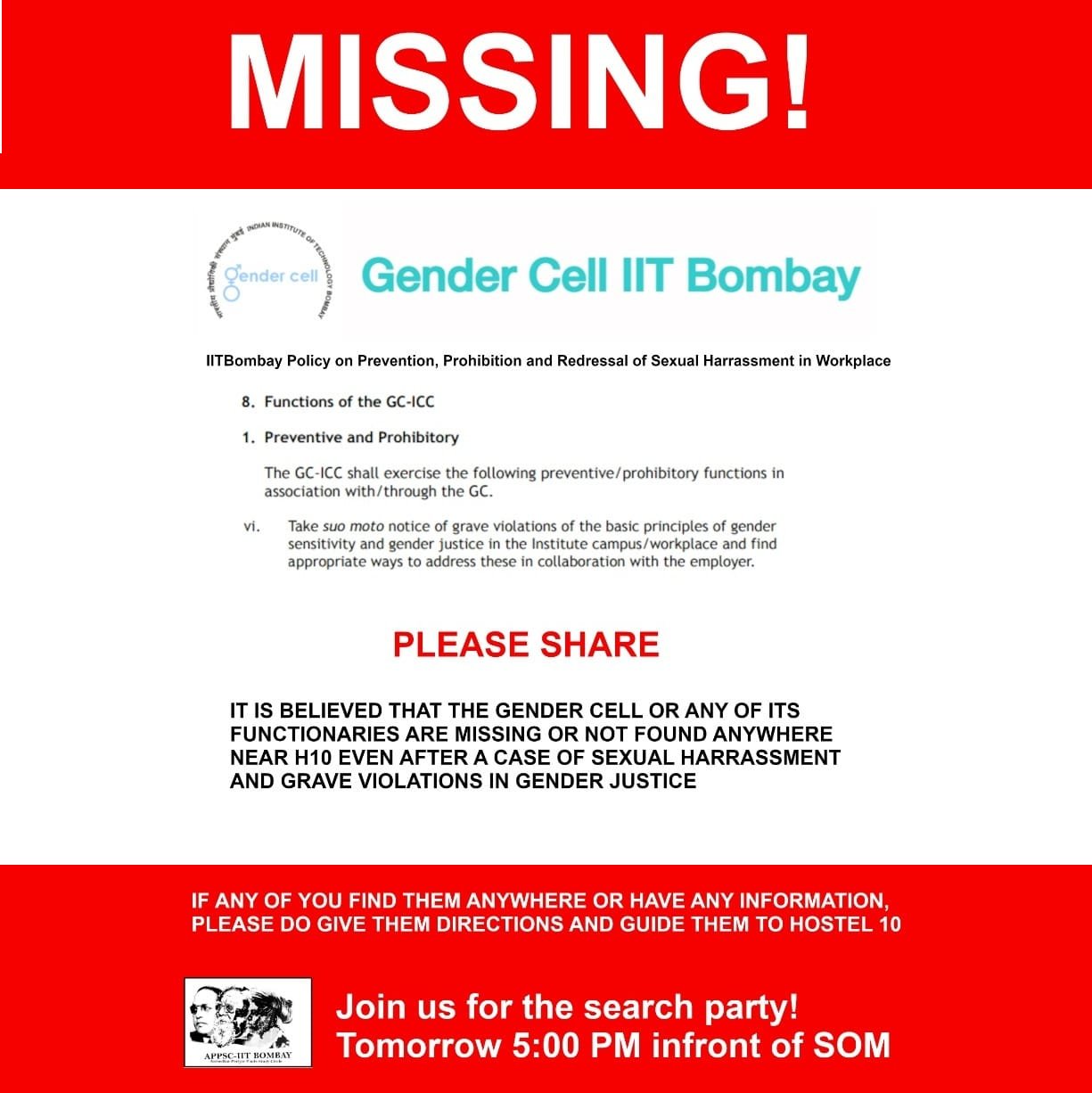 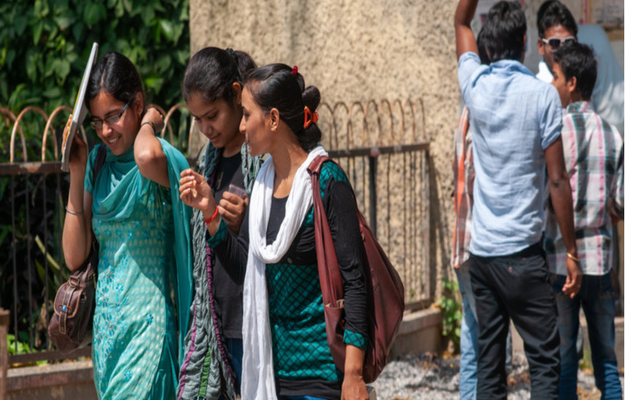