Pushing particular language too hard could cause regionalism: JNU VC

JNU VC Santishree Dhulipudi Pandit said that there is no place for violence on the campus and students with political aspirations should pursue their interests outside the university. 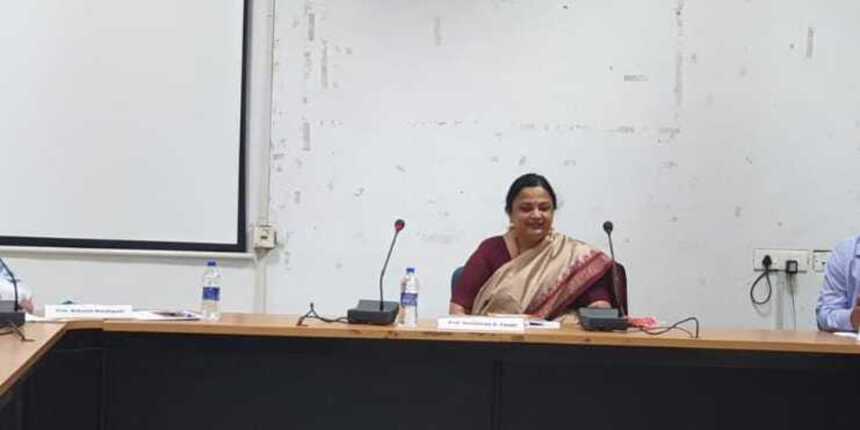 NEW DELHI: Jawaharlal Nehru University vice-chancellor Santishree Dhulipudi Pandit Wednesday said pushing a particular language or any regional language "too hard" might lead to regionalism as language is a very "sensitive" issue which can be taken advantage of by some. Pandit, the university's first woman vice-chancellor, told PTI in an interview that there is no place for violence on the campus and students with political aspirations should pursue their interests outside the university.

She also addressed the issue of the National Education Policy being opposed by a section of teachers. "It [NEP] is just a document. This is not anything that is being pushed down on anybody. I think we can take good things from it. And maybe next NEP that comes next time will go one step better than this." On multilingualism in the NEP, She asserted the government needs to be careful about pushing regional languages and it should not lead to "strong regional identities". The NEP replaces the 34-year-old National Policy on Education (NPE), 1986 and aims for universalisation of education from pre-school to secondary level with 100 per cent Gross Enrolment Ratio (GER) in school education by 2030 and aims to raise GER in higher education to 50 per cent by 2025.

The NEP recommends that mother tongue/local language be a medium of instruction in more Higher education institutes (HEIs) programme. "NEP is for multilingualism and I totally support it. The only thing I have a slight difference of opinion is how we are going to teach in 27 languages of India," Pandit said. "They tell us to teach students in their mother tongue. Then what will be the link language… is something I am a little worried about. I come from the state of Tamil Nadu as soon as you say mother tongue we have a very strong opinion." She suggested the government should promote regional languages within the framework of multilingualism. "If you push for regional language…we must...but we should push it within the framework of multilingualism. Here I would agree with the three-language formula. Like everybody must learn three languages," she said.

When asked whether pushing one particular language could lead to regionalism, she replied in the affirmative. "Yes it can if we push it too hard. We say our official languages are two -- English and Hindi -- but somehow we prefer one to the other. And southern states and non-Hindi states might not agree. If you push it too hard it will lead to demands that Tamil Nadu is making today. It is very sensitive," she said.

Tamil Nadu chief minister MK Stalin has been demanding that Tamil be made an official language in all central government offices. "We have to be a little careful on languages because it is a thing of primordial identity. At the same time, don't push this regional mother tongue too much because people can take advantage of that as linguistic parties are quite popular," she added. The debate over Hindi versus other regional languages has deepened in recent weeks. In April, Union home minister Amit Shah said Hindi should be accepted as an alternative to English and not to local languages. Asserting that reform in education was needed, the vice-chancellor said the universities must take "good things" from the NEP. "For several years, we had no reforms in the education system. We need reforms. You may not agree with it but you don't throw out the baby with the bathwater. There are some good aspects to it. Everything can be reformed can be bettered," she said.

Amid allegations by a section of teachers regarding the "imposition" of the NEP without any discussion in the statutory bodies, she stressed it was not being forced upon anybody. The university had adopted the NEP during the tenure of then VC M Jagadesh Kumar who is now heading the University Grants Commission (UGC). In April this year, two groups of students clashed at the university's Kaveri Hostel allegedly over serving of non-vegetarian food on Ram Navami in the mess, with police saying six students were injured in the violence. On incidents of violence in JNU, the vice-chancellor said that the JNU is a politically active campus. "Ninety percent of the students are apolitical. Only 10 per cent are troublemakers." "They (students) think their political career can be built at the JNU. You know last time what happened, all who did politics are in jail. Why are you wasting your time? If you want to be a politician then go outside and fight elections. Who is stopping you? India is a free country," she said.

On January 5, 2020, a mob of masked men stormed the campus and targeted students in three hostels, unleashing mayhem with sticks, stones and iron rods, hitting inmates and breaking windows, furniture and personal belongings. At least 28 people, including JNU Students’ Union president Aishe Ghosh, were injured in the chaos. 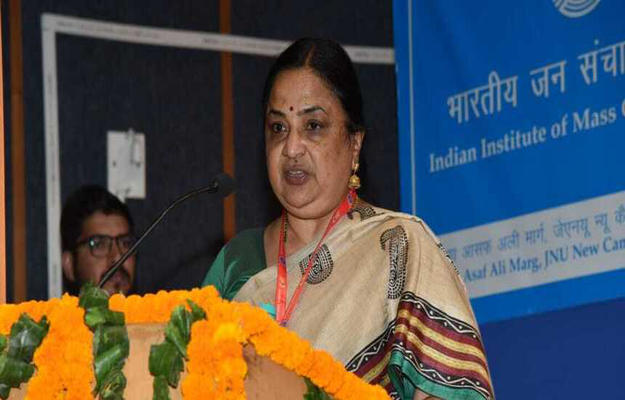 Only 10 percent students at JNU are 'troublemakers': JNU VC on campus politics and violence

JNU to commence offline classes for all students from August 3