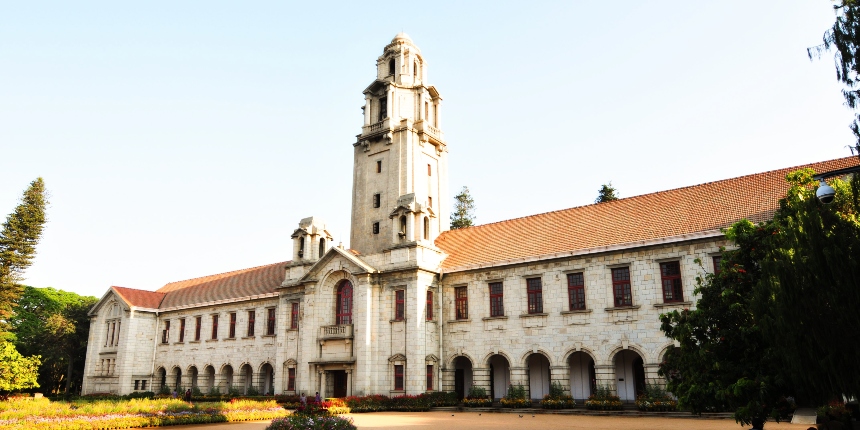 NEW DELHI: In the past four years, the central government has released only Rs. 1,300 crore for eight public Institutions of Eminence, or IOEs, according to the education ministry data.

Under the IOE scheme, each public institution gets financial assistance of up to Rs 1,000 crore over five years. However, the government spent only Rs. 1,369.30 crore on all until February 2021. The IoE scheme was announced by Arun Jaitely in 2016 and the first set of institutions to be designated IoEs was announced in 2018.

In response to a query filed under the Right to Information Act 2005, the ministry said: “As on 28.02.2021, Rs. 1,369.30 crore have been released to the eight public Institutions of Eminence. The funds are released to these institutions based on their requirements in a phased manner.”

These eight include, Indian Institute of Science, Bengaluru (IISc), IIT Delhi, IIT Bombay, IIT Madras, IIT Kharagpur, University of Delhi, Banaras Hindu University, and the University of Hyderabad. Currently, there are eight public institutions eligible for grants and ten private institutions, some pending approval. IoEs enjoy a greater measure of autonomy, both financially and in decision-making, than other universities. 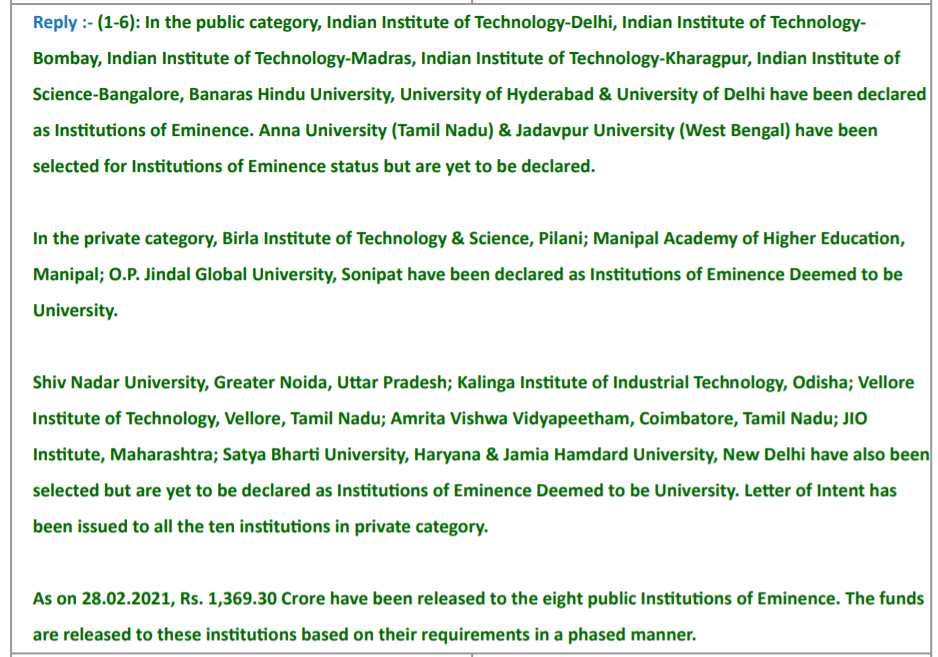 As per the University Grants Commission regulations, the ministry was to select 20 IoEs—10 private and 10 public institutions. A high-level committee was formed to shortlist the entries solicited from the institutes on the basis of their research quality and other parameters. In August 2019, the number of institutions to be granted this status was increased to 15 each on the recommendation of an Empowered Expert Committee (EEC).

The allocation for the department of higher education in the Union Budget declined from Rs 39,466 crore in 2020-21 to Rs 38,350 crore in 2021-22. However, the budget for “world-class institutions” has increased significantly over the years. The union government had earmarked Rs 1,710 crore for the “world-class institutions” in the Union Budget 2021-22, a 176 percent annual increase over 2019-20.

While the selection of JIO Institute drew sharp criticism, for over two years, Anna University and Jadavpur University have been battling to get the IoE tag. Both institutes were shortlisted for the status, however, their status is yet to be finalised.

Despite the IoE status, IIT Delhi, which is also an Institute of National Importance, is hoping for more funds. The institute’s director, V Ramgopal Rao said they require a budget of Rs 2,000 crore per year to reach to the next level. IIT Delhi was declared an IoE in 2018, since then the institute has received Rs 450 crore.

Delhi University, another institute with the status, is mulling over increasing the fee and inviting private entities to fund the university. While IITs have endowment funds, universities like DU and Banaras Hindu University, rely majorly on government funding. The Narendra Modi government has been pushing the central universities to generate funds on their own to reduce their dependence on public funding. 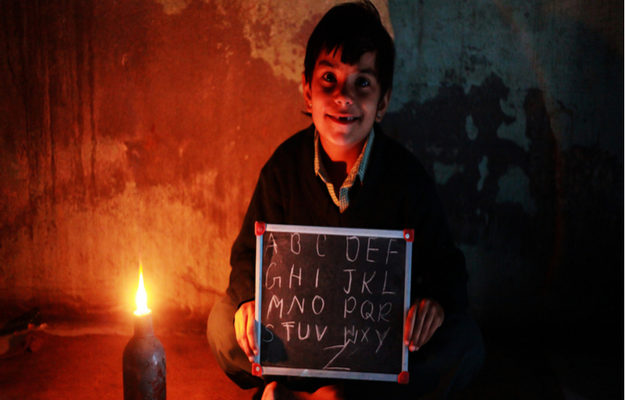