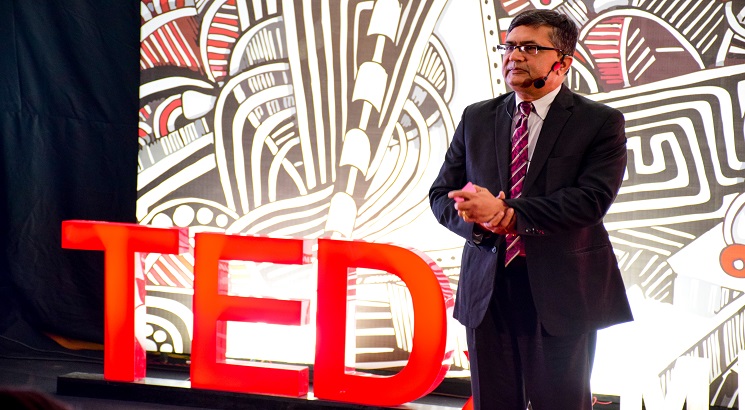 NEW DELHI, DECEMBER 12: After the tremendous success of the first two editions, IMI New Delhi, one of India’s leading management schools, returned with the third edition of TEDx talks which were held at its campus. The theme for the lecture series this year was titled “Ordered Chaos”, featuring multiple speakers who talked about the ubiquity of both chaos and order in our lives and achieving the right balance between the two.

The speakers narrated their trysts with both chaos and order during various stages of their lives and the resonance of these aspects in their way of living. The event, which has the goal of “spreading ideas worth spreading”, is known for introducing attendees to inspiring ideas and engaging experiences. It has featured industry stalwarts from diverse spaces in the past. For this edition of the talks, IMI New Delhi hosted a selection of specially curated speakers who gave short but powerful talks throughout the day based on the theme of “Ordered Chaos”.

Dr. Siddharth Varma - Professor and Dean (Academics), IMI New Delhi, said, “We are delighted to have hosted yet another successful edition of TEDx IMI New Delhi. The remarkable and diverse selection of speakers at the event revisited the theme of ‘Ordered Chaos’, tapping into their own experiences and delving inside the human psyche to offer a unique perspective on life and living. We hope that all attendees derived something of value with each of session which they can use in their own lives.”

The speakers at this year’s edition of TEDx IMI New Delhi included names such as:

Dr. Sudipto Pakrasi: Dr. Sudipto is a renowned ophthalmologist with a career spanning over three decades. He has a vast experience in treating Cataract, Refractive and Corneal diseases. At present, he is the chairman of the Ophthalmology division at Medanta, The Medcity Gurgaon where he led a team that completed 1,500 Femto Laser Cataract Surgeries in 33 months.

Nisha Poddar: Nisha Poddar possesses more than 15 years of experience in the media sector and is associated with CNBC-TV18 as an editor and anchor. She leads the M&A coverage and has been known for breaking exclusive stories that impact the stock markets. Her in-depth reports about various sectors and nearly all big corporate houses illuminate her impeccable style of perceptive journalism.

Sheelaa Bajaj: Sheelaa Bajaj is an author and celebrity numerologist and has been awarded as the Best Numerologist in Asia/India. She has been associated with far-reaching media such as Headlines Today and Aaj Tak. Her shows are viewed by millions, awaiting her predictions about vital events such as elections and stock market movement.

Dr. Bindeshwar Pathak: Dr. Bindeshwar Pathak is a highly regarded social reformer of the 21st century. An action-oriented sociologist, he has the qualities of a scientist, engineer, technologist, planner, administrator and inventor of many technologies. He is also a philosopher, writer, poet, music composer and a singer. For more than four decades he has been engaged in uplifting the less-privileged, weaker sections of society and has spearheaded several social initiatives in the country.