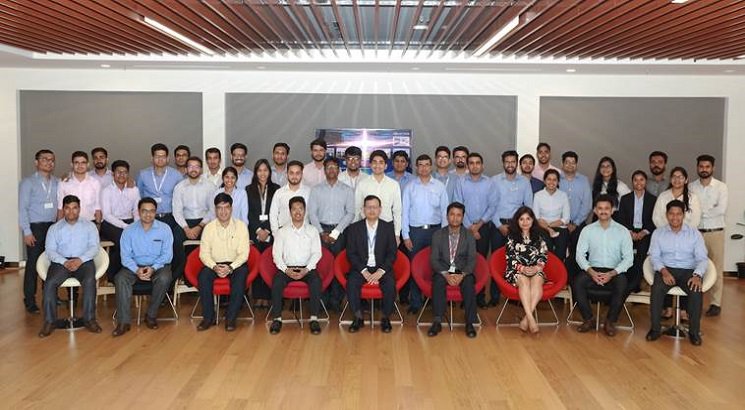 Through IGNITE 2019, these 37 interns will be mentored by top management leaders at Samsung India and will work on live projects across verticals within the company.

Before these interns start working with their respective teams, they will go through a fun filled two-day induction program that will start with an interaction with senior leaders at Samsung India.

“The next two months would give the interns an opportunity to experience Samsung and its culture. This will give them an opportunity to contribute to some interesting business properties and hone their skills with some of the best in business,” said Sameer Wadhawan, Head, Human Resources, Samsung India.

During the induction program, the 37 interns will undergo a mix fun and on-project exercises. Alongside Zumba and Human Bingo sessions, there will be biz quiz and strategy making sessions. They will also get a sneak peek into the history of Samsung, which had started its journey with a grocery store selling noodles in 1938.

One of the five core values of Samsung is ‘people’. At Samsung, we are dedicated to giving out people a wealth of opportunities to reach their full potential. This also includes great infrastructure at its offices.

Through the induction, the 37 fresh interns got to explore the vibrant, youthful and energetic Samsung India headquarters on Gurugram’s Golf Course Road, which will be their home for the next two months. They had coffee at the many colourful breakout areas on different floors, where they are likely to catch up with each other as well as other Samsung employees during the internship.

At the Executive Briefing Centre, they were made familiar with a host of Samsung products and technologies. “For Samsung, these interns are an investment in the future,” said Wadhawan.