Building legacies that outlive the donors 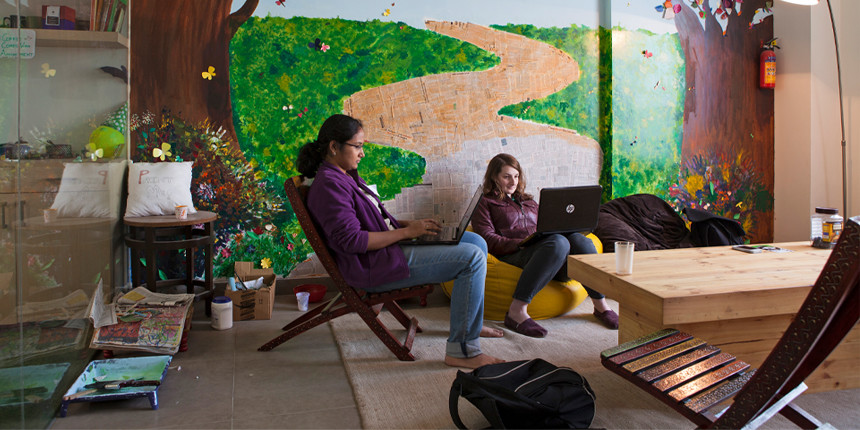 India is seeing a renewed interest in building higher education institutions out of philanthropic motives. Is philanthropy in education coming of age in India?

At over USD 35 billion, Harvard University’s endowment can rival the GDP of nearly half the world’s countries…but that doesn’t surprise anyone. After all, endowments have been a significant contributor to the development of some of the world’s best universities.

In India, some of the oldest public institutions, such as Banaras Hindu University, Jamia Milia, Aligarh Muslim University, Presidency University, Indian Institute of Science, among others, were set up largely with the support of private philanthropy. According to a 2004 working paper, Indian Higher Education Reform: From Half-Baked Socialism to Half-Baked Capitalism, from the Center for International Development at Harvard University, the net share of private philanthropy supporting public institutions was as high as 17 percent at the time of independence.

However, with the setting up of the University Grants Commission (UGC) in 1953, government handouts in higher education saw an exponential increase. Renowned philanthropist Ashish Dhawan, who is also one of the founders of Delhi’s Ashoka University, remarks “From the ’50s to the ’80s and to some extent the ’90s, the government was the main actor in higher education. In a newly independent country, capital stock was limited and so there were limited funds for philanthropy. Provisions enabling private universities were limited and tethered to public institutions of higher education.

“It was only in the 1990s, with the liberalisation of the economy that things began to change. A growing need for professional education required many more institutions offering courses like engineering and led to the creation of universities with relative autonomy. Growing wealth creation also enabled more individuals to write larger cheques for these.”

The imposition of mandatory Corporate Social Responsibility (CSR) since 2014 also opened up opportunities for philanthropy in the sector.

Traditionally, donations from alma mater have been an important source of philanthropy, especially at public institutions of higher education. Simrit Kaur, Principal at the Shri Ram College of Commerce (SRCC), corroborates, “Our alumni have been very proactive in funding initiatives, when required. In 2005, we needed funding to make all our classrooms centrally air-conditioned and this initiative was totally taken over by our alumni. Today, we are one of the few colleges at Delhi University where teaching and learning takes places in classrooms that are cool in the summers and warm in the winters.”

Over the last few years, philanthropy in Indian higher education has also gained wider prominence, with individuals like Azim Premji choosing to build universities from scratch.

Historically, the aim of philanthropy was increasing the accessibility of higher education by making it more affordable. Ironically, in India, government-subsidised higher education has often been cheaper than private school education. Yet, for many, especially those educated in the government-aided public-school system, it remains expensive. The wave of private universities created since the 2000s has only increased the figure, with their fees going into several lakhs rupees per annum.

In such a scenario, several institutions of higher education supported by philanthropy as well as philanthropic foundations have developed an extensive system of financial aid. For students like Farheen Anwar, who is in her second year of the MA Education programme at Azim Premji University (APU), this has been a game-changer.

Anwar, who comes from a financially-challenged family, suffers from a physical disability that has left her body so weak that even at 26 years of age, she weighs just around 40 kilos. “All my life I’ve struggled with health and poverty. I had to complete my undergraduate studies through the distance mode because at that time I was too sick to go to regular college. Besides, with colleges charging a few thousand rupees every month, not including the cost of transport, it was very difficult for me to afford higher education. When I got better, I started working with an NGO in the field of education and collecting money to study further.

“APU didn’t judge my circumstances. They were only interested in my aptitude and ability. When they found these suitable, they gave me a 100 percent scholarship. The quality of education, the faculty and resources on campus - these are things I wouldn’t dream of without the scholarship. I don’t remember being happier than I am here.”

Speaking of philanthropy, she adds, “Many students in my batch benefit from some form of financial aid. If not a full scholarship, they get some amount of subsidy, an interest-free loan or the opportunity to earn while they learn. For a university that charges lakhs of rupees as regular fees, this must be a significant concession, only possible because of patronage.”

Apart from increasing affordability, philanthropy has also been directed towards funding doctoral studies and research. “These are essentially endowments that work towards creating longterm human and knowledge capital for a country,” says Dhawan. However, he concedes that while these are popular in the west, such endowments are not-yet the norm in India.

The charm of funding higher education lies in its longevity. As Dhawan acknowledges, “More than anything else, a university is a legacy that will outlive you.”

However, ensuring longevity requires careful planning. Manoj P., Registrar at APU, explains, “Building higher education institutions is a really long-term project. Short- term thinking will cause a lot of harm. The minimum time frame should be 15-20 years! Thinking about sustainability of funding should be a key element for philanthropists. This means many fundamental things – prudent spending, good due diligence, getting good visibility of use of funds, avoiding mindless expansions…”

Ideas for the future

As philanthropy gains prominence in India, it has become worthwhile to examine new areas that can benefit from it.

CB Sharma, a professor of education for over three decades espouses the cause of distance education. “Distance education handles about 30 percent of the learners in India’s higher education system. Even though many people have the misconception that distance learning is cheap, it is, in fact, quite expensive. Quality distance education requires well thought-out and structured study material developed in different media, such as text and audio-visual, that can enable students to understand a subject without regular access to a teacher, and personal contact hours for resolving doubts and evaluating assignments. In the absence of funding, most places cut corners, reducing distance learning to correspondence courses where students rote-learn study material and give exams to secure certification.”

“We are only able to subsidise distance education because of economies of scale. However, funding can help to better achieve requirements, improve the state of distance education and the overall accessibility of higher education for people across all corners of the country,” he adds.

Given the jobs scenario, empowering vocational education in the country can be another important contribution. “We need mass disruption. Vocational courses spanning two to three years of skill-building can be a transformative intervention,” says Dhawan.