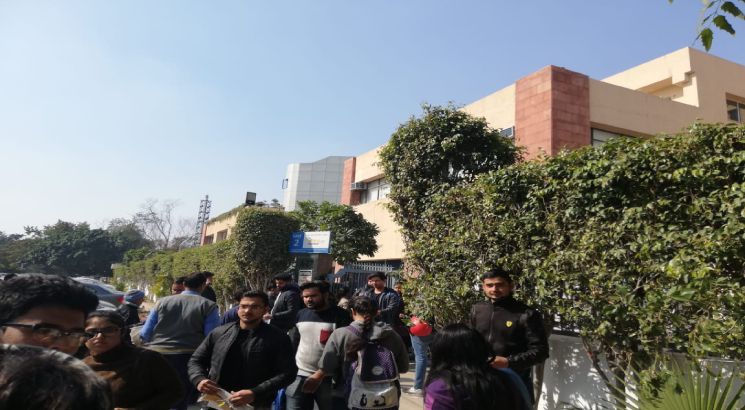 NEW DELHI, JANUARY 28: Slot 2 of CMAT 2019 exam has concluded at 5.30 pm. National Testing Agency (NTA), the exam conducting body has successfully conducted the exam in 73 test cities Pan-India. The afternoon slot began at 2:30 pm. According to the CMAT 2018 slot 2 analysis, the exam was similar to that of the first slot, which was held between 9:30 am to 12:30 pm. The overall difficulty level of the exam was easy to moderate.

The candidates of the second shift found the exam to be quite easy as compared to other management entrance examinations like CAT, XAT, IIFT exams. There were no glitches reported as such and the test was conducted smoothly. Test takers were able to solve around 75-90 per cent questions within a span of 120 -150 minutes.

CMAT 2019 is a computer-based test, carrying 400 marks to be answered in a duration of 3 hours. Out of the four sections, namely, Quantitative Techniques & Data Interpretation, Logical Reasoning, Language Comprehension and General Awareness, candidates stumbled a bit in the General Awareness section as some questions seemed unexpected. Each section has 25 questions, carrying four marks. Negative marking of one mark will be applied for each incorrect response. The total number of questions was 100.

As per the candidates who appeared in the second shift, all questions asked in the exam were asked from within the syllabus. The QA section mostly consisted of questions from Number Systems and a few from mensuration. The Language Comprehension section was found to be easy. It consisted of four Reading Comprehensions from which a total of 15 questions were asked. Rest of the questions in this section were related to grammar corrections, finding words which have the same meaning as the given word/idiom/phrase, and rearranging words to form a meaningful sentence. The Logical Reasoning section comprised mostly relationship-based questions. About two to three questions based on figures were asked and about three to four questions based on choosing the correct statement from the given options were put in front of test takers. The GK section was a blend of static and current affairs wherein questions related to politics, banking, sports, geography amongst others were asked.

The first shift took place from 9:30 am to 12:30 pm. Test takers of the morning slot were quite sure of scoring good marks and said they had plenty of time to complete the exam. The result of CMAT 2019 will be announced on February 8, 2019, and will be made available to test takers via online mode only. A scorecard and merit list of CMAT 2019 will be prepared and candidates will be shortlisted and called in for further admission process for final admission.