Lt. Governor of Puducherry Kiran Bedi directed the centralised admission committee (CENTAC) to complete the process of admission to the MBBS course by this month-end. The admission is to privately managed unaided medical colleges for the academic year 2020-2021. 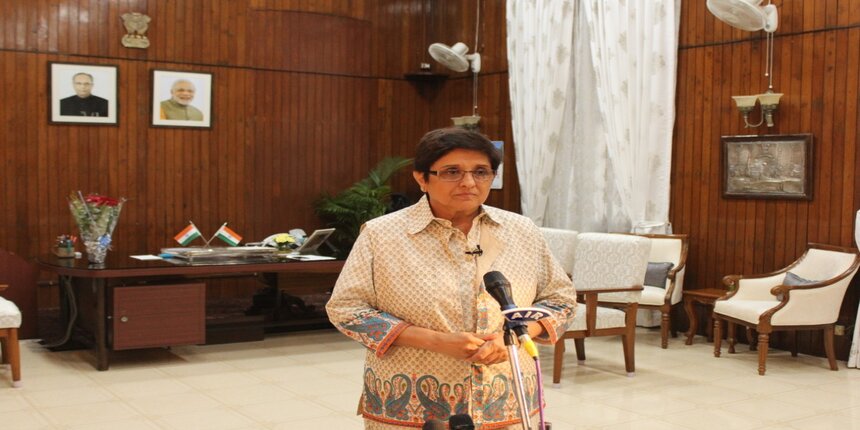 PUDUCHERRY: Lieutenant Governor of Puducherry Kiran Bedi on Wednesday directed the centralised admission committee (CENTAC) to complete the process of admission to the MBBS course by this month-end. The admission is to privately managed unaided medical colleges for the academic year 2020-2021.

The directive was issued at a meeting held with Bedi to discuss about the government quota of 50 per cent of the total seats in MBBS in the private colleges and also to earmark horizontal reservation of 10 per cent in the colleges for those who did plus-two in government schools in the Union Territory, a press release said.

During the meeting, it was pointed out that the 50 per cent seat-sharing by private medical colleges and also horizontal reservation of 10 per cent for government school students were not included in the information brochure brought out by CENTAC after the declaration of the results. It was also pointed out that the Madras High Court had, in its order issued on a writ petition on December 11, stated that it was too late to change the rules of game after the selection process had begun for medical courses.

The court had noted that the Centre was yet to approve the draft Bill submitted by the Puducherry government for 50 per cent of total seats in the private medical colleges under government quota. There would be three rounds of counselling followed by mop-up counselling before completion of admission process by the CENTAC and the last date for admission is December 31. "The time now available for completing process of admission to MBBS courses was therefore limited," it was said at the meeting.

The Lieutenant Governor, at the end of the meeting, issued directives to the officials of CENTAC to proceed with admission process without any further delay and complete the admission for the course by December 31. She insisted that the proposal pending with the Centre on the draft Bill for 50 per cent quota of seats for the government and also the proposal of the Cabinet for 10 per cent quota of seats for government school students should be pursued by the administration. The fee for 2020-2021 in the MBBS course should be the same as that of the previous year, she said.

Chief Secretary Ashwani Kumar, Development Commissioner A Anbarasu and Secretary to Law-Puducherry Juliet Pushpa were among those who participated in the meeting.