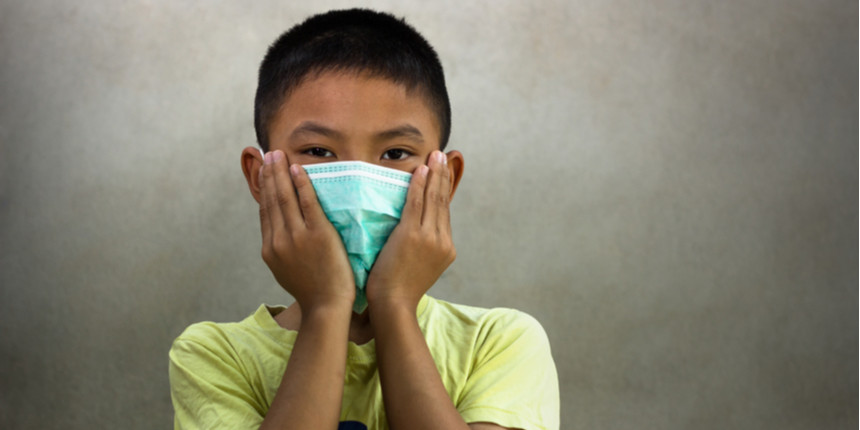 Delhi Government has ordered all schools to remain closed till November 5, 2019 because of the deteriorating air quality of the Delhi-NCR. Team Careers360 | Nov 1, 2019 - 6:31 p.m. IST
Share Via

NEW DELHI, NOVEMBER 1, 2019: Delhi Government has ordered all schools to remain closed till November 5, 2019. The decision was taken because of the deteriorating air quality of the Delhi-NCR region. The Air Quality Index (AQI) value of Delhi has reached an alarming level of 459. The air pollution level of the capital region has reached to ‘severe’ level due to the Stubble burning in the neighboring states of Delhi. The Environment Pollution (Prevention and Control) Authority has already banned the bursting of Firecrackers in the region during the winter season.

In a recent tweet, Delhi chief minister Arvind Kejriwal said, “Due to stubble burning, the pollution level in Delhi is very high, hence the government has decided to shut all schools till November 5, 2019.’ CM Kejriwal has also distributed 50 lakh N95 masks to the students of private and government schools.

This step will prevent the children from the adverse effects of air pollution as they are more prone to diseases caused by pollution. In a recent report, 99% of children under age 5 are exposed to PM 2.5. This increased rate of air pollution can cause many respiratory problems in childer’s such as asthma, bronchitis, etc. The air quality of all the 37 AQI Monitoring stations of the Delhi-NCR region has been recorded as hazardous.

Reasons for this increased level of Air Pollution

The Air Quality Index (AQI) is a parameter of concentration levels of PM 2.5, PM 10, sulphur dioxide and other pollutant particles present in the air. Higher the AQI value, the greater is the level of air pollution. It is broadly classified into six categories-

AQI above 500 is considered as a 'severe-plus emergency'.