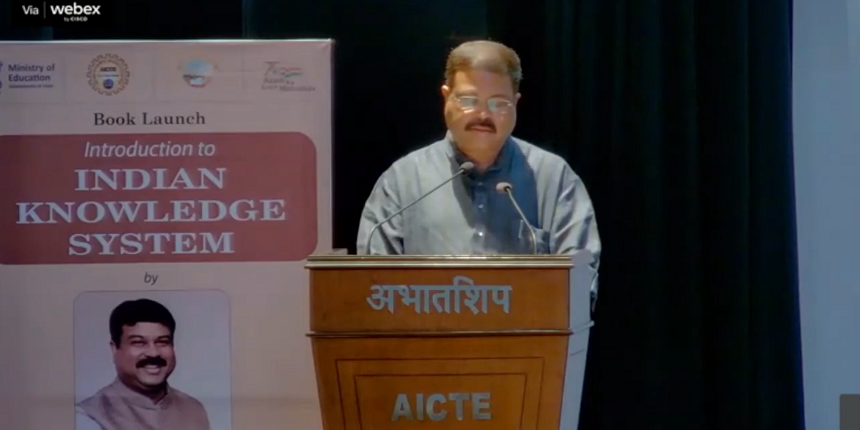 Release of textbook on Indian Knowledge System with @Drsubhassarkar. https://t.co/0xOLWfQw5e

Addressing the event, Pradhan congratulated Indian Institute of Management (IIM) Bangalore professor B Mahadevan who has written the book, AICTE, and publisher on the launch of the book. He said that a friend from California asked him what is the relation between AICTE and Indian Knowledge Systems as the former is a technical body and latter is a social science subject. Pradhan explained that whatever we teach or read is an Indian knowledge ritual which Mahadevan turned into an academic curriculum. He thanked the professor for writing the book.

Pradhan expressed his happiness that the authors have given an academic framework to Indian Knowledge System in this book. He spoke about the global footprint of Indian knowledge, culture, philosophy and spirituality. He spoke about the ancient Indian civilisation and how it has positively impacted the world. Speaking about Vedas, Upanishads and other Indian texts, he said that our ancient heritage is full of treasures which need to be preserved, documented and propagated.

While we adopt the good things from our ancient past, we must also be mindful of the problems in our society and build a future which which creates synergy between knowledge from the past and contemporary issues . Solutions to many of world’s problems lie in Indian Knowledge System, he added.

IIM Bangalore professor Mahadevan co-authored a book along with professor VR Bhat of Chankya University and professor Nagendra Pavana of Chinmaya University. AICTE has recently mandated a course on Indian Knowledge Systems (IKS). The book aims to fill the gap in offering IKS courses to engineering students and students of higher education institutions said a statement from IIM Bangalore.

"Introduction to Indian Knowledge Systems" is categorised into four parts. The first part is an introduction to IKS. The second part deals with concepts applicable to various domains of science and engineering. The third part is on science, engineering and technology in IKS and the fourth deals with humanities and social sciences in IKS.

The book has been primarily designed for engineering students. But according to the statement from IIM Bangalore, the content of the book can also be part of other the curriculum of students studying liberal arts, medicine, science and management.

In February 2020, a project proposal on “Curriculum Development and Preparation of Textbook for a course on Indian Knowledge System" from IIM Bangalore was received through the ministry of education. 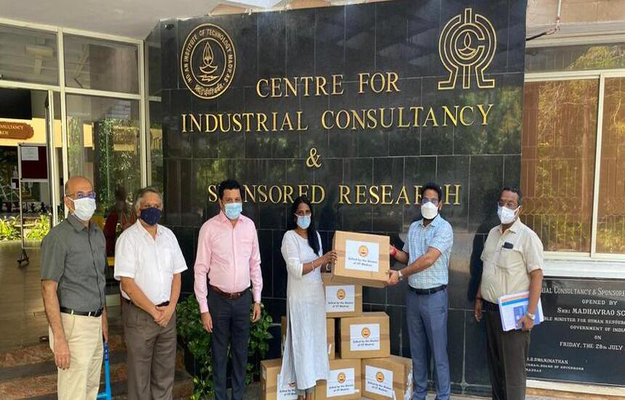