Union education minister Dharmendra Pradhan will lay the foundation stone of the new college and its facilitation centre at Fatehpur Beri. 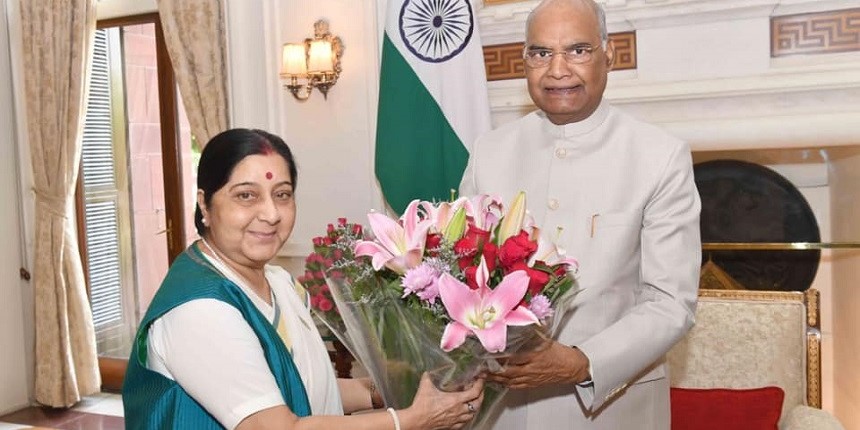 NEW DELHI: The Delhi University is considering to name its upcoming college at Fatehpur Beri after first woman chief minister of Delhi Sushma Swaraj, officials said on Saturday. The name of the college will be finalised by the Academic Council and the Executive Council of the university.

"A couple of other names have also been proposed along with Swaraj. The names of Swami Vivekananda and Veer Savarkar are also under consideration," an official said. According to DU Registrar, Vikas Gupta, a facilitation centre and a proposed college, name of which is yet to be finalised, is going to be built at Bhatti Kalan Gaon in Fatehpur Beri as part of the university's centenary year.

"The name of the college will be finalised by the Academic Council and Executive Council of the varsity. The name of former CM is also under consideration," he said. Gupta said it is, however, not yet final whether the upcoming college will be co-ed or a women's college. Since it's a far-flung area, there might be less women takers, according to an official.

Union Education Minister Dharmendra Pradhan will lay the foundation stone of the facilitation centre on Sunday on the 40-bigha land allotted to the university by the district administration. BJP MP Ramesh Bidhuri will also be present at the event. "The facilitation centre will enable students of DU, living in and around Bhatti Kalan, to complete various processes, including admission, examination with ease without having to travel long distance," Gupta said. There are also plans to establish such centres at some other places as well, according to officials.