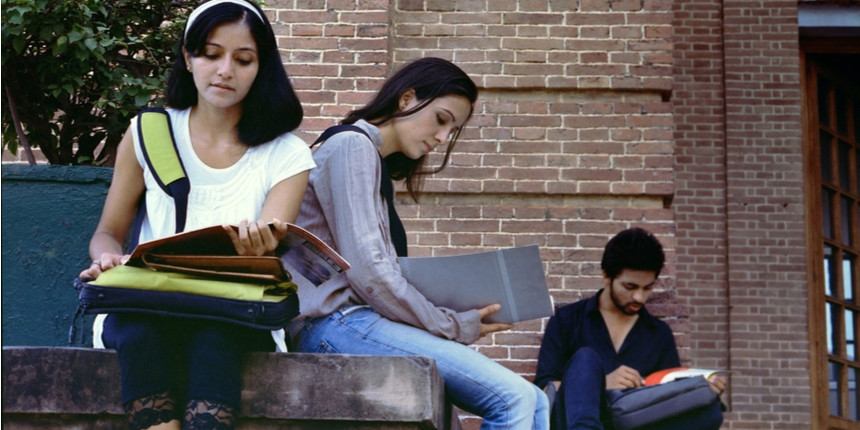 NEW DELHI: Slow speed of the online admission portal of Delhi University hampered the process of admission to undergraduate courses on Tuesday with only 15.36 per cent of over 49,000 applications getting approved till Tuesday, varsity officials said.

The university's first completely-online admission process began on Monday amid the coronavirus pandemic, with more than 19,000 applications being received on the first day.

Only 1,628 of the applications received on Monday were approved. By Tuesday, the second day of the process, 49,712 students applied for admissions and only 7,640 were approved while 6,790 aspirants made the payments, according to data shared by the varsity around 10 pm.

Ramjas College principal Manoj Khanna said the university admission portal was slow in the initial few hours and it was only after 2 pm that the speed increased. He said they could only process 60 applications till 2 pm since it was taking almost 30 minutes for the process.

"There are 550 applications that have been cleared by respective departments and I have cleared 200 of them. We will try to clear the rest by 9-10 pm," he said. He said he spoke to varsity officials who informed him that the portal was receiving close to 30,000 hits.

Payal Mago, principal of Shaheed Rajguru College of Applied Sciences for Women, said they have had 160 admissions till now. The teacher in-charges calculate the best of four percentage, then the documents are verified online and the final admission is approved by the principal, she said.

Suman Sharma, principal of Lady Shri Ram College For Women, said that around 7.30 pm, the portal was not working. "Problems will be there but I must say that there is a perfect coordination between the varsity officials and the colleges and we have been getting immediate response.

The verification of documents is taking time because they are being verified at different levels. There are lots of cases pending," she said. Dr Rajesh Giri, principal of Rajdhani College, said they have had a total of 230 admissions till now out of 1,194 seats.

He said they expect to cross 400 admissions on Wednesday, which will be the last day of admissions. Regarding the problems faced due to the slowdown of portal, he said there were issues and added that it has to be understood that there is quite a lot of traffic on the portal and it is for the first time that the admissions are happening online.

Rama Sharma, principal of Hansraj College, said the college has had 103 admissions to science courses and 225 to arts and commerce courses. The second day was much better.

Vibha Chauhan, principal of Kirori Mal College, said the second day was much smoother since the teachers have also got a hang of the process. "The process is allowing flexibility since teachers need to combine teaching with processing the admission," she said.

The principals said that since Friday is the last day for making payments, the status of second cut-offs will only be clear by then. Saturday will see the varsity releasing its second cut-off list.

The varsity received over 3.54 lakh applications for nearly 70,000 undergraduate seats. Wednesday is the last day of admission. This year, the admission process is being completely held online due to the coronavirus pandemic.