From vegan meat to drones, industry-led projects on display at IIT Delhi 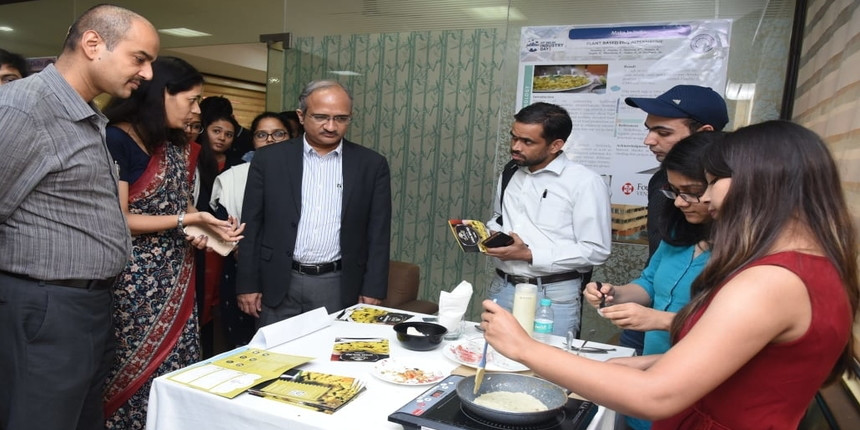 NEW DELHI, SEPTEMBER 19: The meat you buy comes with the unseen cost of releasing harmful methane gases in the atmosphere. As the world is trying to tackle this problem, researchers at IIT Delhi have come up with a plant-based alternative that will supplant animal meat.

The mock meat is derived from jackfruits and mushrooms and will have the taste and texture of standard meat without losing any of the nutrients. As the raw materials of this product are plant-based, it reduces the emission of methane generated from meat production.

The cheaper alternative is also expected to help people transition into a vegetarian lifestyle. The project is funded by Four Pursuits Ventures that will look after the commercialization of the product.

Similar industry-funded projects will be on display on the Industry Day 2019 at IIT Delhi on Saturday, September 21. Representatives from 150 companies including Amazon, Intel, etc., will be present at the event that will showcase 200 projects birthed at the institute.

Researchers are also working on a DRDO-funded project that has immense value for the soldiers. The project, which is yet to get the final approval from DRDO aims to reduce the weight of bulletproof vests by more than 2 kilograms.

The standard bulletproof vest weighs around 10 Kgs and with the reduction of 22 per cent in weight soldiers will achieve faster mobility and improved reaction time. Once the technology has gone through its final testing, it will be adopted by the DRDO for mass production.

Another IIT-incubated startup, Botlab Dynamics, is focusing on the production of high-end drone technology. It has working prototypes of unmanned aerial vehicles (UAVs) and underwater drones which will be designed and manufactured in India, thereby reducing import costs.

These are capable of lifting upto 25 Kgs, communicating with other drones and identifying between humans and objects. Such properties allow it to be highly effective in rescue operations during natural disasters.

Clensta International, another startup by IIT Delhi alumni, has created a bio-repellant that can condition pigeons to avoid roosting in areas where the product is applied. It aims to reduce the civic nuisance caused by pigeon droppings in public and private spaces.

The bio-repellant emits a smell that drives away pigeons without being repugnant to humans. This property allows its use in public spaces without harming pigeons, unlike the conventional traps.