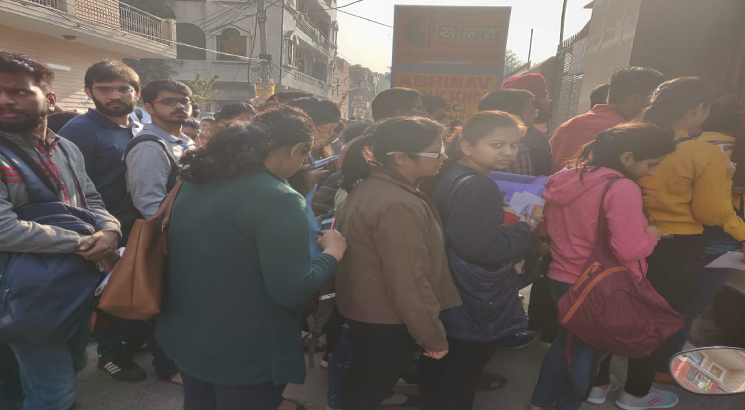 NEW DELHI, DECEMBER 2: IIFT 2019, the entrance exam for the MBA International Business (MBA-IB) 2019-21 at the Indian Institute of Foreign Trade Delhi, Kolkata and Kakinada, was held on Sunday, December 2, 2018, from 10 am to 12 noon. Approximately 60,000 candidates are expected to have appeared for the exam. As the exam has been concluded, Careers360 brings the IIFT 2019 analysis. The overall difficulty level was tough. Some candidates, who have appeared for CAT 2018 found the LR, DI sections to be tougher than that of CAT 2018.

As per the exam pattern, IIFT 2019 was apaper-pencill based test of two hours duration. The total number of questions was around 120. The six sections were Logical Reasoning, Data Interpretation, Reading Comprehension, Verbal Ability, Quantitative Ability and General Awareness. The table below brings the exam structure of IIFT 2019.

According to the candidates, the overall difficulty level of the exam was tough. The most difficult section was the Logical Reasoning followed by Quantitative Ability. Verbal Ability and Reading Comprehension were also on the tougher side. According to the candidates, the difficulty level of VARC sections was tougher than that of CAT. The General Awareness section carried mostly static questions and few current affairs questions.

Manik, an IIFT taker for second time says, “Quant, Logical Reasoning and Verbal Ability sections were tougher than last year. On the other hand, the DI, RC and GA sections were easy. I have attempted 30 questions.”

Vibhanshu Agarwal, another candidate says, “This is my first attempt. For me, VA was tough, RC was moderate to difficult, QA was easy to moderate and GA was moderate. Since I had appeared for CAT, VA was tougher than CAT, whereas LR and DI were easier than CAT.”

This year, the maximum weightage was given to the QA, DI and LR sections followed by RC and VA. General Awareness section carried the least weightage. The sectional weights are similar to that of the last year.

The result of IIFT 2019 is expected to be declared either in the last week of December 2018 or the first week of January 2019. The cutoff will be declared along with the result by IIFT Delhi. The shortlisted candidates will have to appear for GD, PI and Essay Writing rounds for the final selection process.