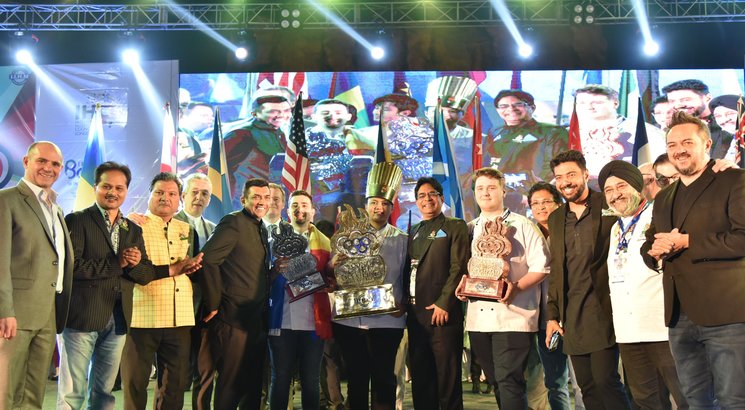 Bangalore, February 07, 2019: Six days, four cities and three thrilling rounds later, on the evening of 2nd February, 2019, France was the crowned winner of the IIHM International Young Chef Olympiad 2019. The winners were announced at the end of a colourful and grand closing ceremony befitting the standard of the Young Chef Olympiad was held at Nicco Park in Kolkata. Cyrene Randrianasolo, a student of Albert de Mun Hotel and Catering School, beat 49 other nations and was declared winner of the fifth edition of the world’s biggest culinary extravaganza.

Winners in other categories:

The International Young Chef Olympiad 2019 had a bunch of surprises for everyone, there were several other category prizes which went to the countries. The Best Dessert Dish in Round 1 went to Ahmed Alawadhi from Bahrain, the Late Shakuntala Devi Award for Best Vegetarian Dish Creation in Round 2 went to Andrea Guardiani from Italy. Apart from France, the Best Hygienic Practice Awards also went to Jordan McKenzie of Scotland and Henry Tan Jung Ming from Singapore.

The Best Ambassador Awards went to Ryan Malone of Ireland, Eden Frank of New Zealand and Gizem Öznacar from Switzerland. The Mentors Nomination Awards went to Elina Seguin of Canada, Daniel Busuttil of Malta and Jordan Mckenzie of Scotland.

The Rising Star Award selected from the Delhi rounds went to Yea Rim Kim of South Korea. The Rising Star from the Pune round went to Tafadzwa Nigel Siyanga from Zimbabwe.