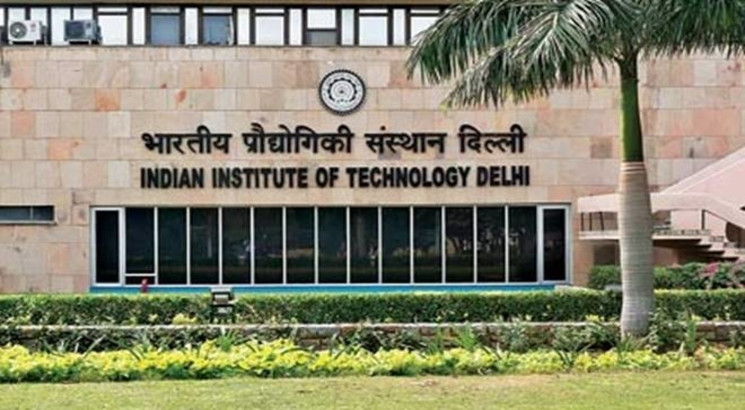 NEW DELHI, MARCH 19: In an attempt to quantify the impact of the global warming on the crop production and human resources, researchers at IIT Delhi report a drastic reduction in the length of pleasant comfortable days (thermal comfort) especially over the northeast and southern India (warm-humid) regions.

Study conducted by PhD Scholar Vinnarasi Rajendran and Professor Dhanya CT, Department of Civil Engineering, IIT Delhi, highlights the reason behind this to be the encroaching of summer season into winter season, in these regions.

Researchers say, “Though the cropping season in India is increasing, it cannot be directly correlated to the increase in crop production since the extreme temperature is also inevitably increasing rapidly.”

Dr. Dhanya said, “The study indicates a possible increase in the yield of major crops, by adopting an early sowing date. The findings are crucial, especially under the recent reportings of the increased rate of warming, and these factors, if unchecked, will adversely affect the economy of the country.”

Vinnarasi mentioned, “Changing the work schedule of labourers, especially those exposed to heat, will boost human productivity; while adopting dynamic cropping pattern and shifting the sow dates will reduce the damage to the crop productivity.”

This study further highlights the intensification of hot extremes and waning of cold extremes, with higher probability over central India and North East. Northeast being more humid, the joint intensification of day and night temperatures, could prove be a threatening scenario to the human life and livestock.

While, both day-time and night-time temperatures have evidently increased all over India, the intensification of day-time temperature is more prominent in the latter part of the year (October to November). On the other hand, the length of pleasant comfortable days is increasing in the northwest (semi-arid regions), mainly due to the reduction in winter days.

The drastic and joint increase in the day and night temperatures will be a major threat to crop cultivation in India. Especially, the largest wheat production states of Punjab, Haryana and Uttar Pradesh will be severely affected due to the increase in night time temperature, particularly in winter. 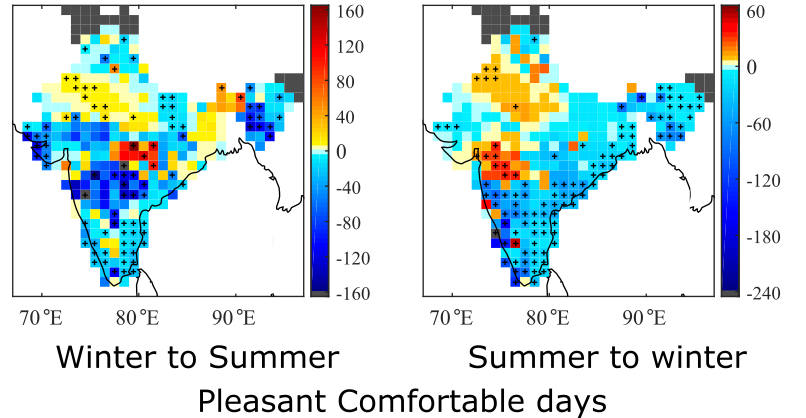 In Western Ghats and nearby coastal regions (including the Kerala coast) with natural landscapes and pleasant climate, the comfortable days are reportedly declining rapidly. The intensity of decline is highest over the Kerala coast. Similar changes are also observed in east-coast, central India, northeast and foot-hills of Himalayas, with less intensity.

Besides, the gross diminishing of pleasant days over the country explains the increased usage of power production, with the continuous usage of air-conditioners during intense summers and room-heaters/radiators during severe winters.

This study, the first of its kind in tropical regions, is recently published in the reputed journal - Environmental Research Letters. The study gives the grid wise quantification of these changes across India to aid the policymakers to adopt region-wise strategies.