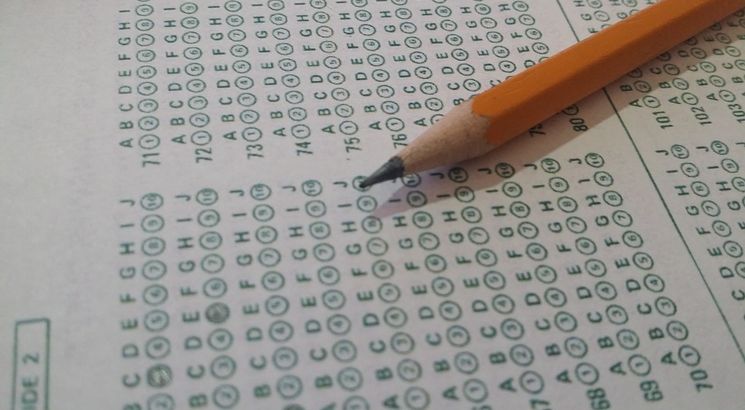 NEW DELHI, APRIL 8: Amidst tight security, JEE Main 2018 offline exam for Paper I & Paper II concluded glitch free across various centres in the country. About 11,48,000 candidates had registered for JEE Main this year as per reports. Metal detectors and frisking was a common feature at most centres to prevent unfair means during the exam. The online exam will be held on April 15 & 16, 2017.

Many centres went a tad too far with the strictness quotient. At a centre in Faridabad, there were stringent checks and shoes, belts, wallets, watches, bangles were not allowed. There were counters in most places where the bags could be kept. At some places photo IDs were asked but were not made mandatory.

The paper codes of the exam this year were – A, B, C, and D. Papers with different codes have the same questions, but set in a different sequence. The four answer options are also set differently. This is done to ensure that candidates won’t be able to cheat in the exam from another candidate.

A few students who took the entrance exam this year found Mathematics section to be tougher, compared to Physics and Mathematics. Rajesh Sharma, who is attempting the exam for the first time, for example, said he found Physics and Chemistry to be easy, but Mathematics both difficult and lengthy. The paper code of Rajesh was D, and he expects to score 120+.

Another candidate, Sai Kiran, whose paper code was C, though considered Chemistry the most tricky part, expecially Organic Chemsitry. Physics and Mathematics, he felt, were easy.

Coaching institutes like Rao IIT Academy, Resonance, and Aakash Institute, among others, have released the answer keys of the entrance exam for all the four paper codes. Allen Kota and Vidyamandir Classes have, in fact, gone ahead and published the solutions as well. Using the answer keys, candidates will be able to calculate their probable scores and thus assess chances of getting admission to a chosen course and institute.

As for exam analysis of Paper I, the common consenses so far among coaching institutes is the exam this year was easier than last year.

One of the first to publish exam analysis, FIITJEE says that while Physics and Mathematics were of moderate difficulty level, Chemistry was easy, meaning none of the three sections was difficult. It is predicting a qualifying cutoff of around 90 for general category candidates this year, consistent with the consenses.

Toppr, who has also come out with its analysis, says the difficulty level of the paper was similar to the previous two years. Moderately easy, the paper can be easily be completed in the given time. As per its analysis, of the three sections Chemistry was moderately difficult, Mathematics the easiest, and Physics the most difficult. According to Toppr, the cutoff could be in the range of 95-105.

As for the exam analysis of Paper II, the exam was found to be a bit lengthy. Maths was slightly difficult, drawing a bit lengthy and aptitude easy.

Candidates must remember that cutoff and answer key releaseed by coachig institutes are not official ones and as such aren’t the final authority. The official answer key will be released by CBSE on its website on April 24 along with OMR sheets, while the qualifying cutoff will be made available by JAB after declaration of JEE Main 2018 result.

Your Post Graduate Diploma in Radio & TV Journalism brochure has been successfully mailed to your registered email id “”.