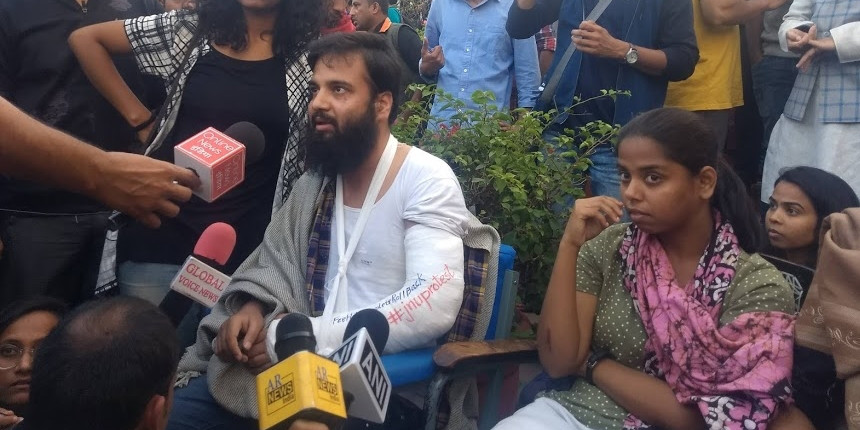 NEW DELHI: A day after students on a protest march were lathi-charged, the Jawaharlal Nehru University Students Union (JNUSU) has condemned the "police brutality" and demanded that the first information reports, or FIRs, registered by Delhi Police against them be withdrawn.

The JNUSU, speaking to the media on Tuesday, November 19, said that the protests will continue till the fee-hike is completely nullified.

The JNUSU president Aishe Ghosh said: “ We demand the immediate withdrawal of FIRs towards any student who was part of this protest. The movement was for a just cause.”

Dozens of students had to seek medical attention following clashes with the police.

The Delhi Police filed FIRs in relation to the incident earlier on Tuesday, at the Kishan Garh police station under sections 186 (obstructing a public servant in the discharge of public functions) and 353 (assault or criminal force to deter a public servant from discharge of his duty) of the Indian Penal Code, reports India Today.

However, students questioned how the police can deny allegations of using lathi-charge when so many students are injured. 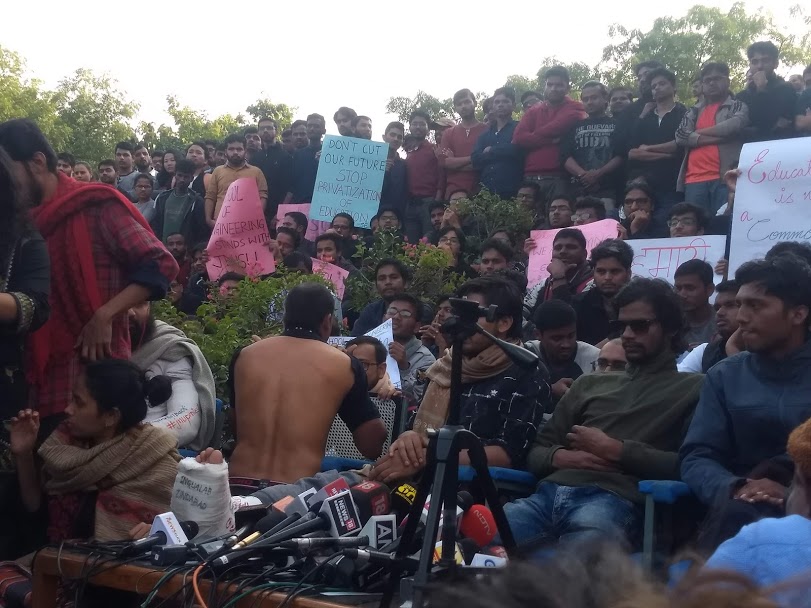 A student showing the mark left by police lathi

The Delhi police had denied lathi-charge, bursting of tear gas shells and water cannons on the students when they moved out of the campus and marched to parliament in central Delhi.

The students’ protest march and consequent police action figured in the Rajya Sabha on Tuesday when a few opposition members raised the issue and the house had to be adjourned till 2 pm in the din.

Meanwhile, the university has approached the Delhi High Court seeking contempt action against its students and the Delhi police for allegedly violating a court order against holding a protest within 100 metres of the varsity’s administrative block, PTI reported.

The students have accused Delhi police of “beating up protesters” and “manhandling and groping woman”.

“There were six female students but there were no women police around. We were not feeling safe. One male police beat me so badly that I cannot move my hand now. They pressed on my chest and beat me brutally,” said one woman student. 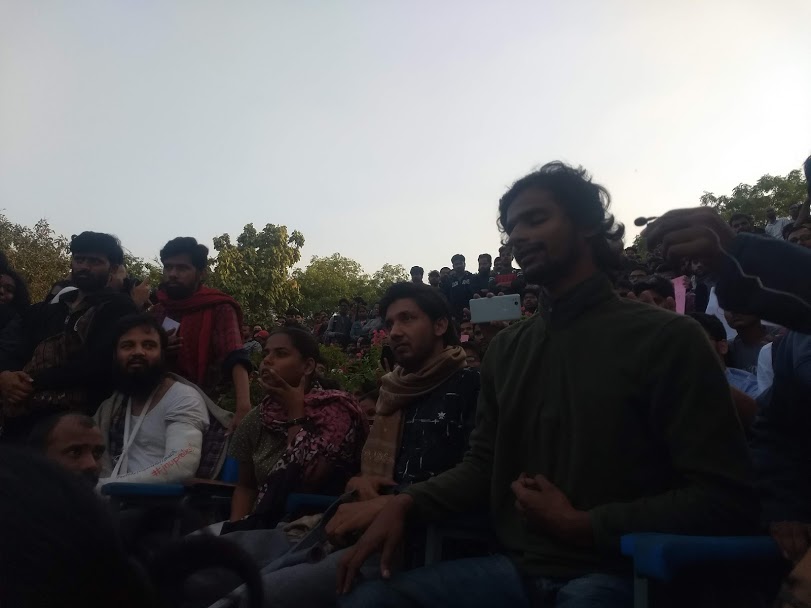 Samad (extreme right), the visually-challenged student, who was beaten up.

Shashibhushan Samad, a visually-challenged JNUSU councillor, was hospitalized yesterday after the incident. “A policeman threw me to the ground and started beating me up, then he was joined by four or five others. When I screamed that I was visually challenged, they asked me why I was protesting if I am blind,” Samad said.

Vimal Keerthy, a first-year sociology student, had a visible gash on his head.

The students have alleged that the administration is refusing to have a dialogue with them. They claimed that the registrar had not met the special committee set up by the Ministry of Human Resource Development (MHRD) to mediate between the students and administration.

Ghosh further said: “ The administration is not talking to us. When we had a chat with the HRD minister he assured a quick solution to the problem. But the registrar of the university is not even agreeing to have a meeting with this high power committee set up by the MHRD.” 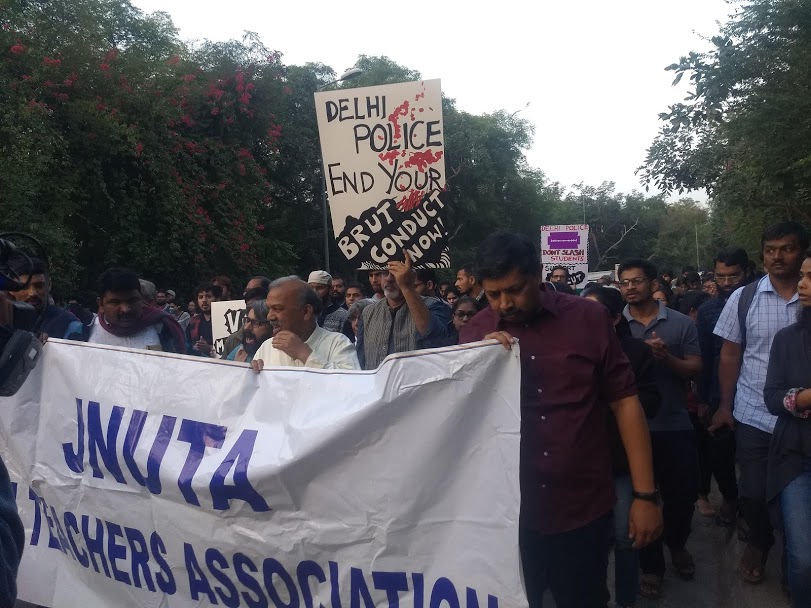 The students have also alleged that the new hostel manual draft is removing the reservations for Scheduled Caste, Scheduled Tribe and Persons with Disability and have demanded a discussion with the vice chancellor.

Meanwhile, the JNU Teachers Association( JNUTA) conducted a protest march in the campus on Tuesday demanding a “complete roll back of fee hike” and the” resignation of the vice chancellor”.