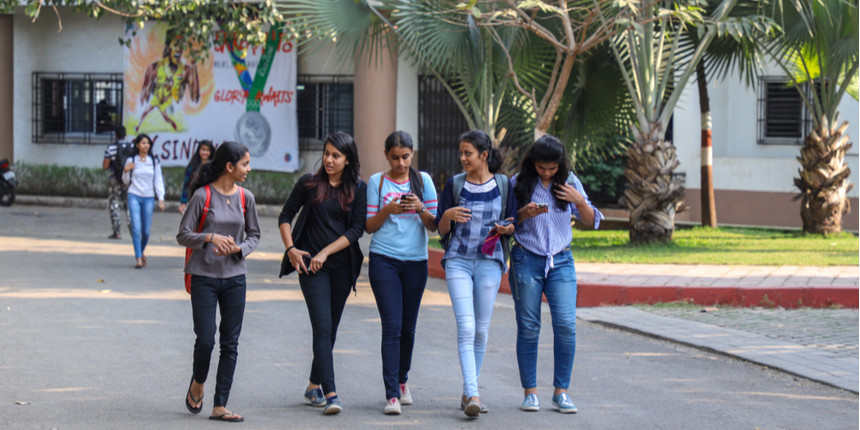 NEW DELHI: The administration of a women’s hostel in Lucknow University allegedly issued a sexist notice that forbids residents from wearing “dresses above knee length” on Wednesday.

The notice, allegedly issued by the provost of Tilak Girl’s Hall, said that the residents are not allowed to move outside “in spaghetti or vulgar tops”. Student residents flouting the new rule will be fined Rs 100.

While the hostel provost, Bhuvaneshwari Bhardwaj, has denied putting up an official notice, the student residents maintain that no one can put up a notice without the permission of the provost. The notice does not have an official letterhead or Bhardwaj’s signature.

“The notice was put up yesterday morning on the notice board in the mess area where all official notices are posted. When we confronted the provost, we were never told that it is not an official notice. She is going back on her own word,” said a resident on condition of anonymity.

The hall consists of three blocks with a total of 140 rooms on a double and triple occupancy with a capacity of 270 students. The provost told Careers360 that only students from one block raised objection to the new rule. 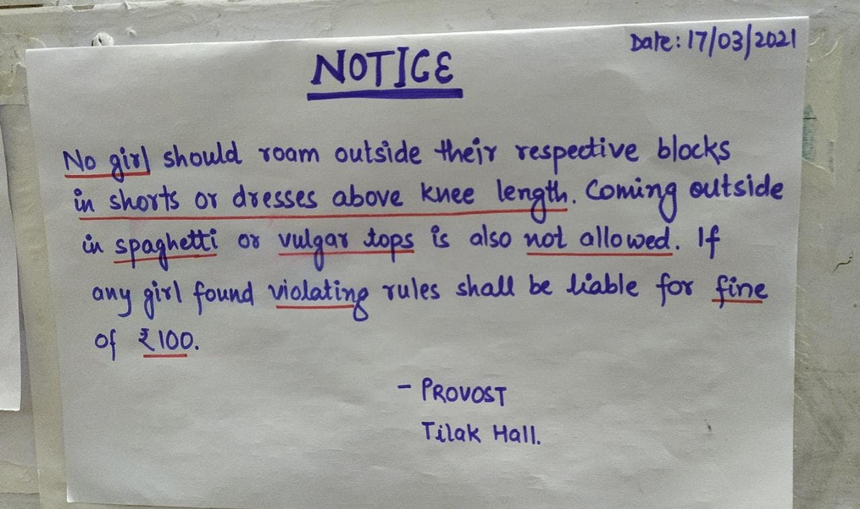 The student further alleged that the provost phoned the students’ parents to quell the protest against the restriction. “ Around 30-35 students had raised objections before the provost and she called the parents of some students because of this they’ve backed down,” the resident further added.

Careers360 tried to reach other residents of the hostel but another student of Lucknow University said that hostel students are too afraid to talk.

A statement issued by the left-leaning student organisation, All India Students' Association, Lucknow University unit said: “When the girls dissented over this notice, the provost and university administration tried to intimidate them and threatened girls that if they would not follow up with this notice then they would be expelled from the hostel. Also, the provost forcibly called parents of protesting girls and tried to intimidate and suppress their voices.”

“When we protested, ma’am was not ready to listen to us and she said we cannot allow clothes above knee-length. She said if we want azaadi [freedom] from restrictions, we should refund hostel fee and live in a paying-guest accommodation,” said the resident.

Bharadwaj has alleged that the notice without her signature is a misunderstanding between the administration and the hostel residents.

“The handwriting is not mine, it does not bear an official letterhead nor does it have my signature on it. I think some student has tried to create a mess out of a situation,” Bhardwaj alleged.

However, she does not deny that the students were “advised” to not wear “skimpy clothes” outside their respective block. The main issue, according to Bhardwaj, that was raised by the students was to extend the curfew timings from 7 pm to 10 pm.

“This is absolutely wrong. The students are fined Rs 100 even if they reach hostel gates one minute past 7 pm. We were asking them [hostel administrators] to grant us a relaxation of at least 5 to 10 minutes to reach the hostel,” said the hostel resident.

Many girls, the provost told Careers360, have been disobeying rules for several months.

“Among the girls who came to complain yesterday, one of them is a serial offender. She has repeatedly come late into the hostel. There are several girls who wear really short clothes, sit on bikes outside the hostel gates and chat with boys,” Bhardwaj complained. “ If anything happens to any of these girls, people and parents will come after us for not doing enough for their protection,” she added.

The provost also said that the male workers at the hostel have complained about “girls wearing short clothes and roaming in the garden” which made them feel “uncomfortable”. 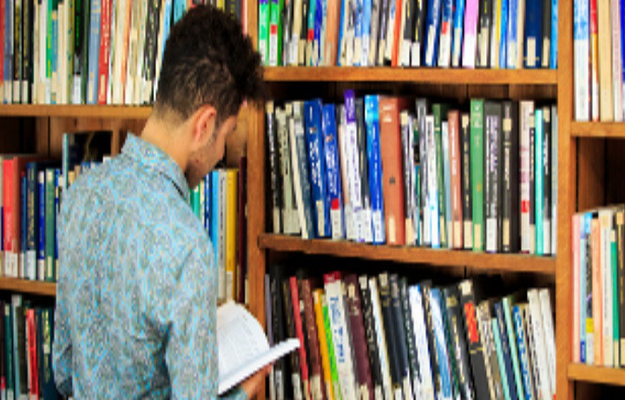