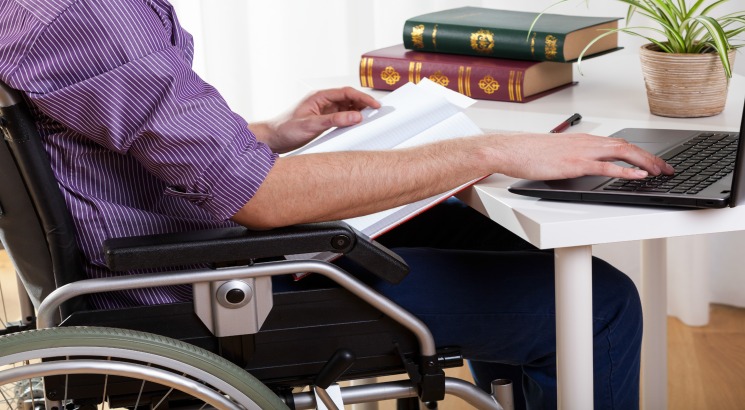 NEW DELHI, February 19:  National Platform for the Rights of the Disabled (NPRD), a disabled people's organisation, has come forward to strongly criticize the revised guidelines for Persons with Disabilities (PwD) seeking admission in medical and dental courses in India. The revised guidelines have been issued by the Medical Council of India (MCI).

In a letter addressed to the union health minister, JP Nadda, the organisation has condemned the discriminatory regulations and has requested reconsideration of the same. The general secretary of the organisation has pointed out the rather uninformed take on the prohibiting candidates with a certain level of physical disabilities from taking admission in MBBS and BDS courses.

According to the revised regulations introduced by MCI, those candidates who have locomotor disabilities more than 80%, counting the people with blood disorders, have been recognised as “ineligible”. The official notification also excludes candidates with chronic neurological conditions with a disability that is more than 80%. The letter states the illegitimacy of the regulation on the ground of being in direct violation of Apex court’s directions in the Sachin v/s State of Haryana and Others (SLP(C)25936/2018). The organisation has expressed displeasure on the prejudiced view of the authorities whilst framing the guidelines for the PwD candidates.

Different live example stories have been quoted by the organisation to substantiate their claim that PwD candidates can be no less competent than other candidates if supported by assistive devices. Certain specific learning disabilities (SpLD) have been identified by the authority which curiously does not allude to ‘dysgraphia’. The notification released by the authority accepts the limitation of framing guidelines in the absence of “ Quantification scale available to assess the severity of SpLD” and has verbalized their trepidation hat the guidelines will be used to deny the candidates with hearing disabilities admission to MBBS program.

The guidelines have been denounced since there is clearly a lack of participation from the experts of disability who could have substantially helped in framing fair regulations for the PwD candidates. “We also opine that department/institutions like Department for Empowerment of Persons with Disabilities, ICMR, DGHS, Directors of all National Institutes on Disabilities under Ministry of Social Justice & Empowerment as well as experts from other institutions who jointly framed disability assessment guidelines, also be involved in this process, as they are better equipped to deal with disability-related issues.” the letter states. A lot of students choose to teach the discipline rather than practice it and hence denying them education due to the unfair guidelines is highly debatable.