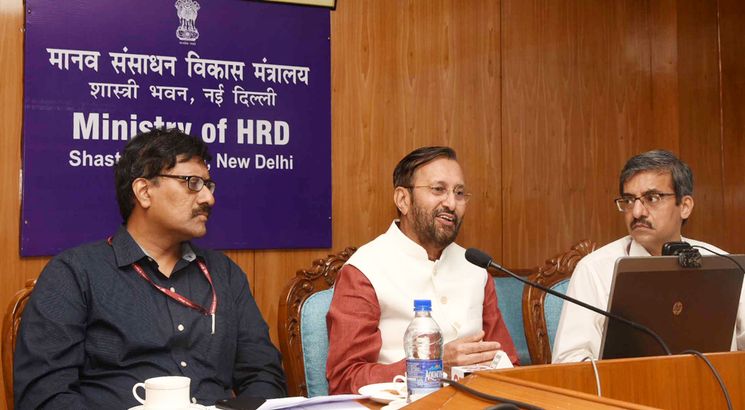 NEW DELHI, SEPTEMBER-17: On Sunday, HRD Minister, Prakash Javadekar launched 3,400 Test Practice Centres (TPC) across 662 districts in India. According to the official reports, Uttar Pradesh, Maharashtra and Kerala have over 300 practice centres each. Also, during inauguration 25 TPCs joined HRD Minster through Google Hangouts. The government has launched these TPCs across the country for those students who do not have computers and smartphones so that they don’t suffer due to lack of resources.

To set up TPCs, NTA has engaged a large number of schools and colleges which have 30 or more Internet-connected PCs/laptops at one location. With this, NTA has made available around 2.72 lakh computers for free to the students who do not have this facility to practice for the entrance exam for Higher Education so that they get used to the changed mode and pattern of examination.

Earlier, the facility for practice for the changed pattern, NTA has also launched a practice App through which students can practice on their own on their computers or on smartphones.

While addressing the students, Prakash Javadekar informed them that they can even access IIT PAL(Professor Assisted Learning) video lecture on SWAYAM Platform for the preparation of JEE Main 2019.

NTA was set up to bring efficiency, transparency and qualitative difference in the competitive examination process for Higher Education. The NTA will be conducting entrance tests such as JEE Main, NEET (UG), UGC-NET, CMAT and GPAT examinations.

The network of TPCs across the country is set up especially for students from rural areas who do not have the facility of computer/Internet so that they don’t miss the opportunity to practice the Computer Based Test (CBT) before the exam.