Is proposed HECI Bill 'an elephant in the room'? 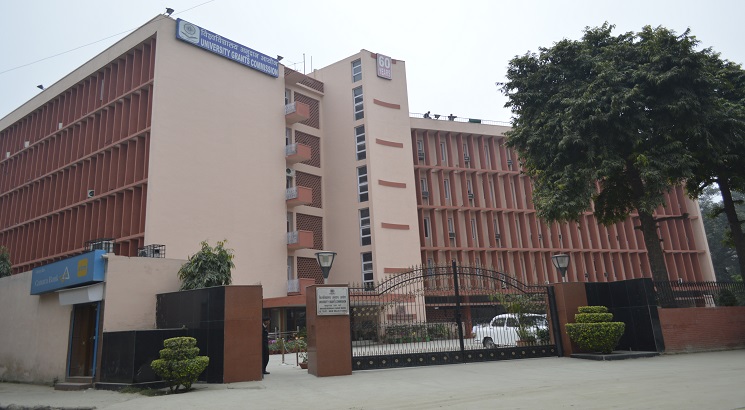 NEW DELHI, AUGUST 7: ‘Action taken in Haste’, ‘Very poorly drafted bill with evil intentions’, ‘Excessive bureaucratic control’, ‘Concentration of power in the hands of the Centre’, ‘Commercialisation and politicisation of Education’; these are some of the apprehensions that have been doing rounds in the academic circles since the Draft Higher Education Commission of India Bill, 2018 was made public. But are these apprehensions real or just resistance to a major reform being brought in by the Government? For long time a large section of academics and experts have been demanding that the apex higher education regulatory body, the University Grants Commission (UGC) to be scrapped and replaced with a new body. However, when the Government brought out the Bill for the same purpose, many of the same set of people have gone against any move to scrap UGC.

The Union Ministry of Human Resource Development (MHRD) prepared a draft HECI Bill, 2018 to repeal the UGC Act, 1956 and for the establishment of the Higher Education Commission of India (HECI). The Draft was put in the public domain on June 27 seeking comments and suggestions from educationists, stakeholders and the general public by July 20. The Ministry received 10,200 suggestions from stakeholders including Members of Parliament, State Governments, academicians, teachers’ unions, Chambers of Commerce, students etc., and as per the Government, appropriate changes are being made in the draft Bill based on the feedback received.

How relevant is UGC?
In 1956, at the time of establishment of the UGC, the higher education system in India was largely government controlled, with a limited number of courses and a smaller number of higher educational institutions. There were only 20 universities and nearly 500 colleges with a total enrolment estimated to be 0.21 million.

As per MHRD, “Over the last six decades the size, scale and complexities of India’s Higher Education Sector has increased manifold and it is now considered to be one of the largest Higher Education Systems in the world with over 900 universities and 40,000 colleges, both in public and the private sector.”

The Gross Enrolment Ratio (GER) in higher education in the country is over 25 per cent with a total enrolment estimated to be about 35.7 million. On the other hand the majority of the rules and regulations of the UGC has remained the same thus posing several types of challenges. The rules and regulations were seen as an impediment for the growth of the education sector. Many a time it came in direct confrontation, not only with different institutions but also other regulatory bodies like the All India Council for Technical Education (AICTE), Bar Council of India (BCI) and Medical Council of India (MCI). 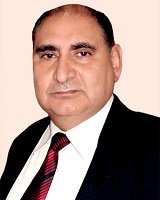 Dr. P. N. Razdan, Vice-Chancellor, Dr. D. Y. Patil Vidyapeeth, Pune said, “The new regulations will open new things, they will specify the norms and standards, there are certain confusions in the UGC Act at present and because of which UGC has been suffering a lot of Court Cases and it has not been able to implement things properly. Now, these new regulations will help UGC implement the rules and regulations properly. It is a good step. There are also apprehensions that the new Act will abridge the power of states, which is not going to happen education is in the concurrent list and states will have their own role.

The Higher Education Commission of India
The Government claims that the UGC Act of 1956 has become obsolete as the education system has transformed over the years. These transformations pose new challenges which require a completely different approach. As per the Draft, the HECI is being created for promoting the quality of academic instruction, maintenance of academic standards and autonomy of higher educational institutions for free pursuit of knowledge, innovation. It will also work on facilitating access, inclusion and opportunities to all, and providing for comprehensive and holistic growth of higher education and research in a competitive global environment.

The grant disbursal function to Universities and Colleges is now proposed to be located in an ‘entity’ which will work in a transparent, merit-based approach through an ICT-enabled platform.

What is wrong with the HECI Bill?
The proposal to replace the UGC with a new body seems all good but people who are opposing this are have a different viewpoint. They claim that creating a new body with the same role will be of no use. The Government too has not been able to give any specific reason for scrapping the UGC, in which all areas it lacked and were those areas beyond repair.

The academic fraternity is also miffed over the stringent penalty provision in the Draft even as they worry that the new rules will be misused. The proposed body will have the authority to shut down an institution in the worst case scenario. HECI is empowered with a provision to send the university authorities to jail for up to three years if the commission finds that they have disobeyed its orders and refuse to pay the penalty. 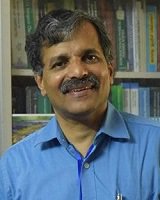 Dr. Sabu Thomas, Pro Vice-Chancellor, MG University said, “The scrapping of UGC, I do not think is a very well thought action because the UGC is doing a good job, looking at regulations, giving grants but bringing a new body which will have same power as the UGC including that of giving grant will be a good thing. If the Grant part is going to be controlled by the Government than that is not a good step. I feel grant should be controlled by an independent body like the UGC as they distribute grant based on your efficiency, productivity that should be the methodology. I am not very much in favour of scrapping UGC and starting a new body, I would like to see a strengthened UGC by giving more power.

On the other hand the academics are also worried that new Bill will lead to the bureaucratisation of education, as the HECI will be a 12-member commission. Out of the 12, three will be IAS officers from different ministries, one each from the AICTE and National Council of Teachers Education (NCTE). Besides, the two accreditation bodies there will be one “doyen of the industry”. The other four seats will be shared between two serving Vice-Chancellors and two senior professors.

The All India Federation of University and College Teachers’ Organisations (AIFUCTO) coming down heavily on the composition of new body has said that out of the 12 seats, just one-third is reserved for academicians, it will be fully controlled by the bureaucrats and other Government appointees. In contrast, the present UGC has 10 members with only two Central government officers rest being university teachers experts in various fields or VCs.

The proposed HECI will not be disbursing grants. This is a key provision against which voices have been raised as it allows financial powers to be transferred to the ministry. Some of the state governments like Tamil Nadu have raised their concerns against this provision and want the funding part to rest with the new body only.

However, a larger section of academics are also in favour of a new body and believe that Government should go ahead with its proposed Bill which will show results in and ultimately improve the education sector.

A former UGC official who did not wish to be named said, “Academicians for years have blamed the UGC for the poor quality of universities and now when the Government wants to do something about it, they are against it. UGC has not done any wonder as it failed to create world-class institutions and employable graduates. There have been the so-called "inspectors" who gave accreditation/licenses to institutions with no facilities.”

Some other provisions which are being opposed are like the Chairperson of the HECI can be removed by the Central government on several grounds, thus leaving him always at the mercy of the Government.

Recommendation to scrap UGC
Many of the Government appointed expert committees from time to time have recommended to scrap the UGC and create a new body. The recently formed Hari Gautam Committee also recommended for creation of a single regulator by scrapping the UGC and other bodies. Similar suggestions were given by other Committees as well viz. the National Knowledge Commission (2006) and Yashpal Committee (2009). 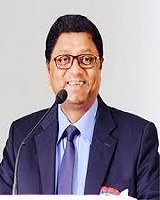 Prof. E. Suresh Kumar, Vice Chancellor, The English and Foreign Languages University said, “The government is trying to strengthen the system, the apprehensions related to funding are misplaced because whether it is the MHRD, UGC or the new body if a University is eligible for funding under certain category it will get it. So, who is giving should not be the issues, whether it is getting or not should be the issue. I am sure they would continue to get the funding and perhaps the idea of bringing in a new mechanism is to strengthen it. I believe that if UGC is being scrapped and a new body is formed it will have more power, more autonomy and as far as funding is concerned if it goes into hands of some other body that body will also continue to do the same thing what UGC has been doing.”

HECI over UGC
The Government trying to silence the critics of the HECI, has said that the grant disbursal function to Universities and Colleges is now proposed to be located in an ‘entity’ which works in a transparent, merit-based approach through an ICT-enabled platform. The proposed HECI will focus largely on promoting the quality of academic instruction, maintenance of academic standards and grant of autonomy of higher educational institutions. Further, the HECI will have powers to enforce compliance to quality standards and to order the closure of substandard, bogus and fake institutions.
The Government received over 10,000 suggestions and is claiming that it is working on incorporating all those suggestions before the Bill is presented before the Parliament. It is to be seen what changes it is will bring-in in the Bill till then once can only ponder over various apprehensions.

The focus of HECI will be on improving academic standards and the quality of higher education.
The HECI will:
i. downsize the scope of the regulations;
ii. no more interference in the management issues of the educational institutions;
iii. the grant disbursal function to Universities and Colleges is proposed to be located in a separate entity based on a transparent, merit-based approach through a technology-enabled platform;
iv. the HECI would focus only on academic matters;
v. regulation would be done through transparent public disclosures, merit-based decision making on matters regarding standards and quality in higher education;
vi. theHECI will be tasked with the mandate of improving academic standards with the specific focus on learning outcomes, evaluation of academic performance by institutions, mentoring of institutions, training of teachers, use of educational technology etc;
vii. it will develop norms for setting standards for opening and closure of institutions, provide for greater flexibility and autonomy to institutions, lay standards for appointments to critical leadership positions at the institutional level irrespective of University started under any Law;
viii. it will have powers to enforce compliance to the academic quality standards and will also have the power to order closure of sub-standard and bogus institutions.