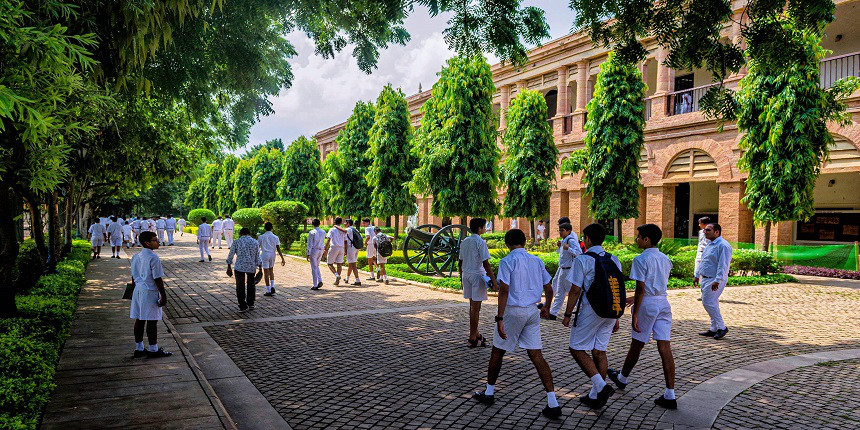 It is not common to hear from a student that he joined a particular school because his father, his sibling and 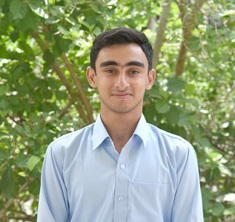 his grandfather studied there; but Scindia School, Gwalior is an exception. “My dad is an ex-Scindian, my brother is also an ex-Scindian and there are some more from my family who have studied here. So, while looking for a school for me Scindia was a natural choice,” says Rohan Khanna, a Class 12 student from Kanpur who plans to do B.Com and become a Financial Manager.The school that nurtured generations has been able to keep its ethos intact, a perfect blend of India’s traditional values and modern-day education. 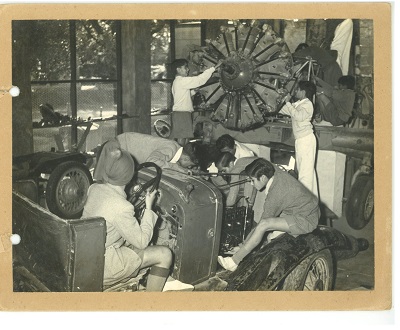 The Scindia School was founded by the late Maharaja Madhavrao Jayaji Rao Scindia of Gwalior in 1897. Originally located within the city of Gwalior, it was shifted to the Gwalior Fort around the turn of the century. It became a public residential school for boys when FG Pearce became the principal. The students, groomed as sensitive, self-disciplined and courageous individuals, are popularly known as ‘Scindians’. “At one time the school was known as Sardar school as it was meant to teach children of royal families,” says Gurdeep S Bakshi, who taught at the school for over four decades and continues his relationship with the school in an honorary capacity. “The popularity of this school is so much that at one point the strength of the school crossed 850 boys but then to ensure quality it was brought down, and now we have around 550,” he added.

A view from the top
Located inside the historic Gwalior Fort that towers 300 feet above Gwalior city, the all-boys school is spread across 160 acres. There are 12 Houses; four for juniors and eight for the seniors. Away from the din of the city, it provides an ideal teaching and learning environment. It’s almost a mystical experience as the students live in close proximity with ancient artefacts and monuments. The rich flora and fauna of the fort supplements their learning experience.

Process-driven education
The Scindia administration firmly believes that the process is more significant than the outcome. Therefore, the school instils in each child the core values of dedication, devotion to one’s calling, perseverance, integrity, honesty and to rise above mediocrity. This is achieved through the dynamic curriculum of the school, which emphasizes academia as well as life-skills governed by a strong sense of service. Smita Chaturvedi, Vice Principal, says, “We follow CBSE curriculum, yet our system is geared towards project-based learning, research-based education which is an integral part of IB system of education, so we have an amalgamation of the best practices in the world.”

The quest for excellence brings the best out of young boys and transforms them into fine gentlemen. It is this desire for excellence, with the right balance of values that has created a bandwagon of “Scindians” who have made a noteworthy contribution in steering India in its path of progress for more than a century now. Though the school is firmly rooted in its century-old culture, it has also evolved with the changing times to suit the educational needs of the 21st century. “The best thing about it is the relationship between teachers and students. After my class 12, I want to avail full scholarship to go and study in the UK,” says Ujjwal Mehrotra, another student.

Connecting students to realities
Under the social service project, the school has adopted two villages around Gwalior, ‘Nathon Ka Pura’ and ‘Sonsa’. Every year, Scindia students go and work for the improvement of infrastructure, sanitation, and other important tasks like building toilets for women, developing the village school, and providing drinking water. They also work with the residents of the two villages to make them adopt better healthcare practices and provide basic education to women and senior citizens. “Our boys go to work in villages as we believe that classroom education cannot teach you to deal with a real-life situation and this is an important factor that differentiates Scindia from other schools,” says the Vice Principal. 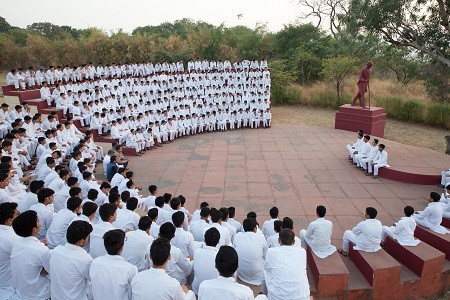 The Scindia School has an amphitheatre named Astachal or the spiritual watering hole. It is on a hill on the western side of the campus, which gives a magnificent view of the setting sun. It was conceived in the 1940s as a common spiritual space by the then Principal FG Pearce and his senior colleague KC Shukla. The space was christened ‘Astachal’, meaning the hill at sunset. It also has a statue of Mahatma Gandhi, symbolising the eternal seeker. The experience of Astachal remains etched in the consciousness of every Scindian, surviving long after the school years are done and dusted.Every evening, children gather at this place after their rigorous school routine in white kurta-pyjama and sit down to introspect on the day gone by. Some play the flute while some others sing a bhajan or debate on important issue, thus ending their day on a happy note and with a pledge to approach the next day with a fresh mind. 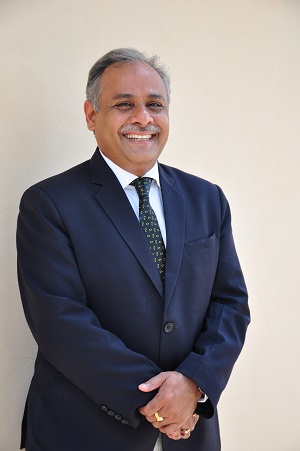 Established in 1897 and modelled on England’s best public schools, over the past century, the Scindia School has evolved into a 21st-century boarding school, offering a unique blend of academics, co-curricular, sports, and life-skill education to its 550 students mentored by 60 well-qualified teachers.The innumerable trophies and certificates which the school has earned over the years stem from a curriculum that is formed for the holistic learning of the child. Our institution has been running strongly for the past 121 years and our students have been welcomed in numerous prestigious universities of India and abroad.

We have a legacy of creating not just successful professionals, but also wonderful human beings. That is the hallmark of The Scindia School.While the broad-strokes of our pedagogy are guided by the CBSE, we do have a highly nuanced curriculum which includes all sorts of ideas and strategies, e.g. project-based learning and assessments; interdisciplinary teaching and learning; experiential education etc.

We ensure a multi-pronged approach to education which is student-centric. Our holistic curriculum ensures that learning is based on natural talent and aptitude rather than the rat-race ideology. This ensures the holistic development of our students.