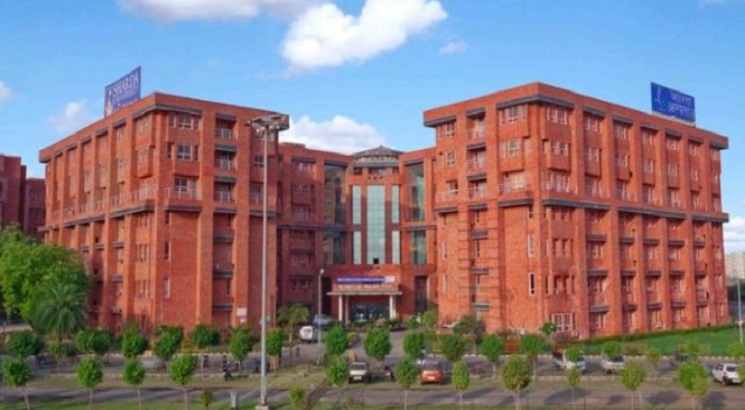 NEW DELHI, APRIL 09: Universities are taking a lead in making the voters aware of the importance of casting free and fair votes in the upcoming Lok Sabha elections 2019.

Sharda University spearheaded an awareness campaign on the importance of voting as a fundamental duty that gives the power to choose the right candidate. The social media campaign has been launched by Sharda University and its students to improve voting awareness. Also, a 3-day festival titled Media Mela was organized and was dedicated to 'Free and Fair Elections'.

As a part of the campaign, the University organized activities and events, like making voting announcements through Sharda University’s Community Radio and Nukkad Natak etc. Apart from these activities, the University also launched a campaign to encourage free and fair voting by appealing to people to vote in forthcoming elections in order to strengthen the country’s democracy by their involvement.

Speaking on the occasion, Y K Gupta, Pro-Chancellor, Sharda University said, “By 2020, youth will make up 34% of the country’s population and their votes will clearly be one of the deciding factors in the forthcoming 2019 general elections. Issues relating to the youth like education and employment opportunities are therefore likely to take centre stage during the campaigns. The youth are active stakeholders in the nation-building process and making them aware of their voting rights and duties to build a better tomorrow is a step towards this direction.”

Sharda University organized a photo shoot on the first day of the awareness campaign for which students coloured their face and made a symbol of “V’ with their hands, emphasising the power of vote in electing the right leaders for future growth of the nation. The university organised entertainment programs on its community radio 90.8 FM and many celebrities also promoted voting on the Community Radio Station. To bring more attention, famous Bollywood Actor Sachin Khedekar with the team of 'Hulahul' also supported the initiative by appealing to the people to cast their vote at the nearest polling stations. For Nukkad Natak various teams presented plays across the city to make people more aware of the importance of voting and how it is a decisive step toward the right governance.