Smart India Hackathon 2018: Over One lakh apply to solve 408 problems of Govt departments 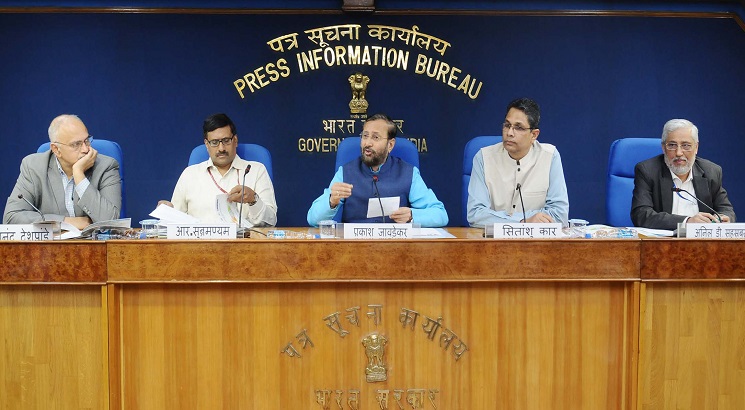 The Union Minister of Human Resource Development, Prakash Javadekar making the announcement said, “Smart India Hackathon is the World’s largest Nation-Building Digital Initiative of the HRD Ministry and conceptualized to harness the creativity and energy of bright young students for the development of our nation.”

Prakash Javadekar disclosed that after the roaring success of Smart India Hackathon- 2017, we have started working on the Smart India Hackathon-2018 edition. The Minister was hopeful that the solutions given by the students will be helpful in overcoming the challenges faced by various ministries and departments.

This year’s initiative has Software as well as Hardware edition and includes participation from States. He informed that for SIH 2018, we have received participation from 27 Central Ministries/Departments and 17 State Governments who have sent more than 900 problem statements. After scrutinizing these problem statements, 408 problems (340 for Software and 68 for Hardware) were finally selected for the Hackathon and have been put out on MyGov platform.

The Minister added that for SIH - 2018, we have received 17400+ teams with the participation of around one lakh students of Engineering, Management and MCA. These entries were scrutinized and now 1296 entries are selected for the Grand Finale. 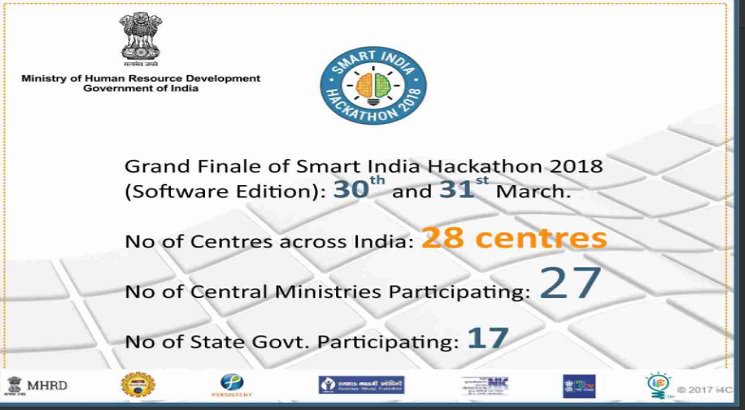 Around 8000 students will attempt to give solutions for the listed 340 software problems. There are prizes to be won for different categories at each center similar to the last year. Moreover, MHRD is also engaging with DST to ensure that selected teams from SIH2018 could be supported by Technology Business Incubators (TBIs) as Start-ups and DST has responded very positively towards these efforts.