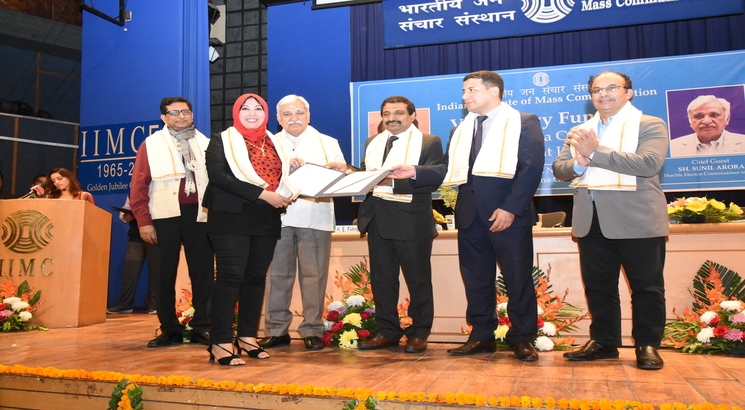 NEW DELHI, NOVEMBER 28: The Chief Election Commissioner (CEC) of India, Sunil Arora gave away diplomas to 24 scholars from 16 developing countries at the valedictory session of the 70th diploma course in development Journalism at Indian Institute of Mass Communication (IIMC).

Sunil Arora was the Chief Guest at the valedictory session. While appreciating the effort of the IIMC in designing and implementing such courses, he said, “Imparting knowledge of the positive and negative side of social media among the journalism students is very crucial.”

In his address, K G Suresh said, “IIMC has trained 1600 journalists from 128 countries since 1969.” He described them as India’s unofficial ambassadors. Speaking on the occasion, Ambassador, Farhod Arziev emphasized the close relation with India in the field of educational diplomacy. He also mentioned about the proposed MoU between IIMC & the Uzbekistan National University of journalism countries for the student exchange programme.