The Indian Institute of Technology (IIT) Delhi became the first central government funded technical institute to reduce its carbon footprint by more than 50 per cent. 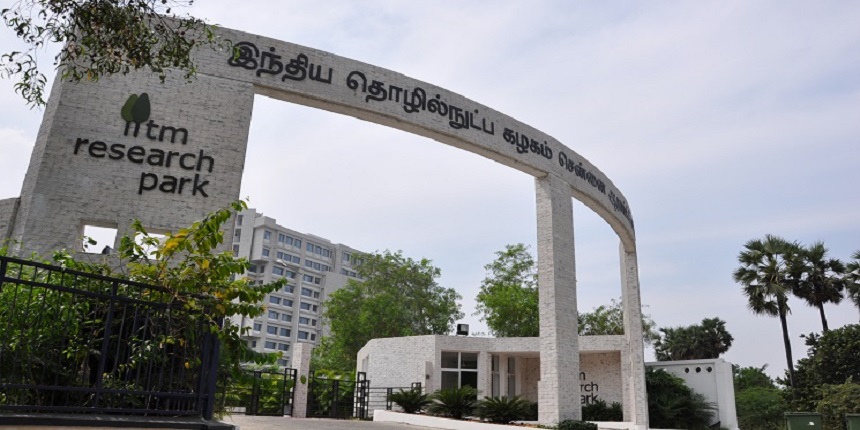 NEW DELHI: From purchasing power from "green generators" to allowing only solar operated vehicles for in-campus transportation and installing waste treatment plants in premises, universities and institutes across the country are taking strides to reduce their carbon footprint. On the occasion of fifth anniversary of the Paris Climate agreement, vice chancellors of 12 leading universities and higher education institutions took a single-focused voluntary pledge called "Not zero, net zero" to develop the roadmap towards making their campuses carbon neutral. Over 250 universities and institutions have joined the initiative since then.

Leading the way, the Indian Institute of Technology (IIT) Delhi, became the first central government funded technical institute to reduce its carbon footprint by more than 50 per cent. "Availing green power through open access is an important initiative that we have taken in recent times to share our responsibility towards clean climate. Through many such proactive actions, we are making a good progress in achieving the plans to expand the green power purchase portfolio in the near future," said IIT Delhi Director, V Rampgopal Rao. "Open access provisions in Electricity Act 2003 have made it possible to buy power from generators of their choice through bilateral contracts or energy exchange, for large consumers of power like IIT Delhi. We made use of these provisions to its advantage by involving PTC India Ltd as a trader to identify a source of 'green' power. Buying 2 MW of power exclusively from 'green' generator is equivalent to off-setting about 14000 tonnes of CO2 emissions annually," he added.

According to Rajendra Shende, Chairman, TERRE Policy Centre, the United Nations Environment Programme ( UNEP) in its latest ' Emission Gap Report’ declared that the promises given by countries under Paris Climate Agreement are not adequate to achieve the objective of the Paris Climate Agreement of 2015. "It is therefor essential that countries achieve the 'net zero emissions' within next 30-40 years. Net Zero emissions does not mean that emissions from human activities will be fully eliminated. Instead, it means that human-related emissions — from vehicles, agriculture, energy production, and so on — will be reduced to a level so low that they can be offset by efforts to absorb and otherwise remove emissions from the atmosphere, for example by tree plantation," he said. Shende informed that Smart Campus Cloud Network ( SCCN) is the network of universities, a project by Technology, Education, Research and Rehabilitation for the Environment (TERRE) Policy Centre. "There is no more effective action than initiating 'Not Zero Net Zero’ in the university campuses," he said.

Joining the league, IIT Mandi has an active Green Committee which manages all green activities on campus. "As a second-generation IIT, barely a decade old, environmental conservation and reduced emission were included in the campus planning from the beginning. The following steps have already been implemented to reduce carbon footprint. As a technology and research institute of national importance, we see movement of large numbers of people across the country and abroad; both faculty and students, as well as the operation of high-power consuming research instruments. "Thus we understand that it is difficult to achieve complete carbon neutrality. But efforts are underway to shift to renewable energy sources as well as offsetting the carbon footprint through other activities," CS Yadav, Chair, Green Committee and Associate Professor, at IIT Mandi told PTI.

At IIT Madras, the campus has a fully-automated centralized 4 MLD-capacity Sewage Treatment Plant (SBR technology +UF + Ozonation) to treat 100 percent of the sewage generated. The treated sewage is recycled for flushing, gardening, cooling water for heating, ventilation and air conditioning systems and for the lake re-charging. The surplus treated sewage is being sold to IIT Madras Research Park. "The organic waste and biodegradable waste generated are composted using the composting facility and part of it is being treated using dome-type bio-digester. The compost generated are used as a soil conditioner for landscaping area. The recyclable solid wastes are sold to recyclers and local vendors while the dewatered STP sludge is being used as manure for gardening within the campus," said Ligy Philip, Dean (Planning), IIT Madras.

Philip said every household in the campus has been provided with triple dustbins to segregate biodegradable and inorganic waste and an exclusive dustbin for sanitary waste disposal. Bhaskar Ramamurthi, Director, IIT Madras, said, "We have installed the maximum possible solar panels on rooftops (around half of our daytime requirement). This directly reduces the consumption of thermal power by the same amount"'. "We have around 45,000 tress on campus. But we have not calculated the amount of carbon they absorb and how much they compensate for our consumption of electricity from the grid and our use of fuel, which is quite low since students do not fuel-powered vehicles. Our students on campus have e-rickshaws and electric buses to reduce carbon footprint on campus," he added.