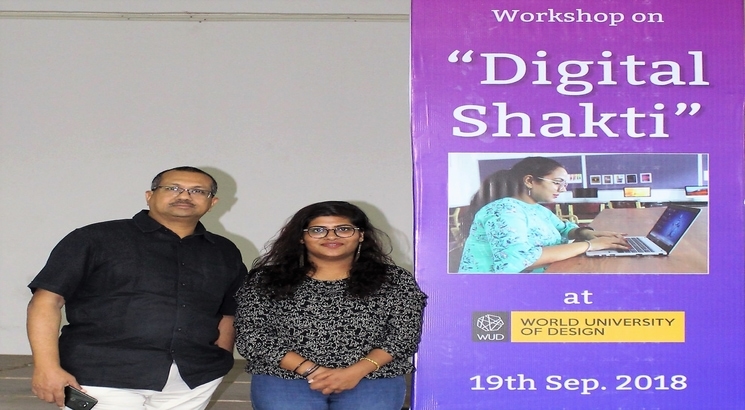 The workshop was conducted by Cyber Peace Foundation under the aegis of the National Commission for Women. It focused on promoting literacy, building awareness about cyber-crimes and recourse available to women to prevent and redress such crimes. Some common and frequently reported forms of cyber-crimes against women includes, cyberstalking, cyber pornography, circulating images/video clips of women engaged in intimate acts, morphing, sending obscene/defamatory/annoying messages, online trolling/bullying/blackmailing/threat or intimidation, and email spoofing and impersonation.

While cyber-crime has emerged as a major challenge facing law enforcement agencies in the country, women and children remain at risk. According to the official statistics provided by the National Crime Records Bureau, Government of India, Cyber-crimes registered a sharp increase from 11,592 in 2015 to 12,317 in 2016.

A research conducted in 2016 including analysis of media reports on cybercrimes against women and minorities on social media in India reveals that 30% of the respondents were not aware of laws to protect themselves from online harassment and only a third of respondents actually reported harassment to law enforcement among which 38% characterized the response as “not at all helpful.”

Speaking about the workshop, Dr Sanjay Gupta, Vice Chancellor, WUD said, “As the number of digital security incidents and cyber-crimes are bourgeoning, our goal is to create comprehensive awareness amongst women about the counter-measures against such cybersecurity threats and crimes. Such comprehensive workshops are need of the hour which not only addresses threat on traditional digital mediums like websites, payment gateways, emails etc. but also extends to newer platforms like social media which include threats of violence against women.”