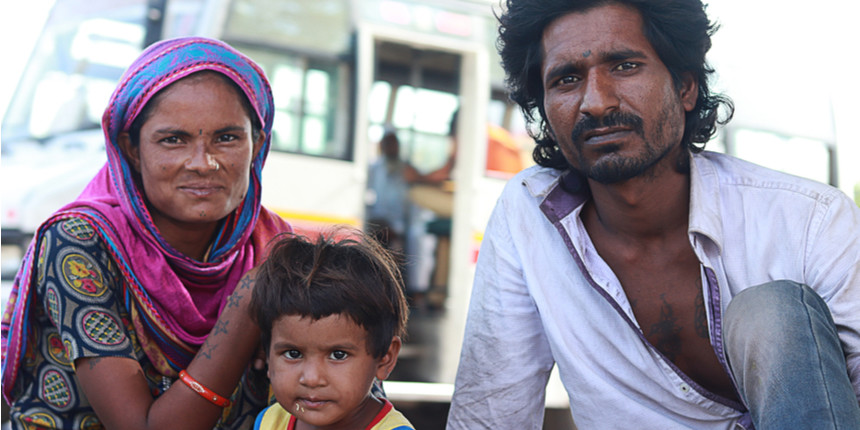 NEW DELHI: A rapid survey conducted by the Indian Institute of Management-Ahmedabad revealed that the majority of households do not have the means to procure basics like ration, milk, vegetables, toiletries and other essentials.

A majority of the householders expressed their “anxiety” over uncertain future incomes. The payment of rent and other bills are also major concerns. With a loss of steady income, many have taken credit or loans to meet basic expenses.

The country-wide lockdown imposed to curb the spread of coronavirus has majorly affected the labourers, street vendors and migrant workers. The families which were initially supported by local industries have also thrown the workers into vulnerability due to “no-business.”

According to the findings of the study, food supplies for 60 percent of the respondents would last them less than a week. The study stated: “This is a sharp rise from the 44 percent reported for the first two weeks of the lockdown.”

Despite having access to the Public Distribution System (PDS) through government-issued ration cards, only 53 percent of surveyed households said they had collected the ration for the month.

“Over 80 percent claimed to have a ration card for the place they were currently residing in. This is slightly lower than the 56 percent reported for the first two months,” the study further revealed.

Access to food has been further reduced due to the shutting down or low supply of necessary grain at the local ration shops. Many were turned away from the shop without food grains.

“Despite the announcement that APL [above poverty line] cards without NFSA [Natonal Food Security Act] stamp (“sikka”) would be permitted to get ration (starting 13 April 2020), over 10 households reported that they were still being denied ration because of that,” said the survey.

However, 34 percent of the families which have at least one child going to an anganwadi centre for early childhood care or a government school claimed to have received food assistance.

The study also included calls from the affected households. A number of calls suggested that they were denied food grains because of their caste.

“In one case, the caller identified their caste as "Devi Pujak" (listed under the erstwhile Criminal Tribes Act) commonly known as Vaghris in Gujarat and reported that there are only 11 houses and six houses (belonging to their caste) in the area they live in. As told by the respondent people who live in front are not letting the distributors reach them,” stated the study.