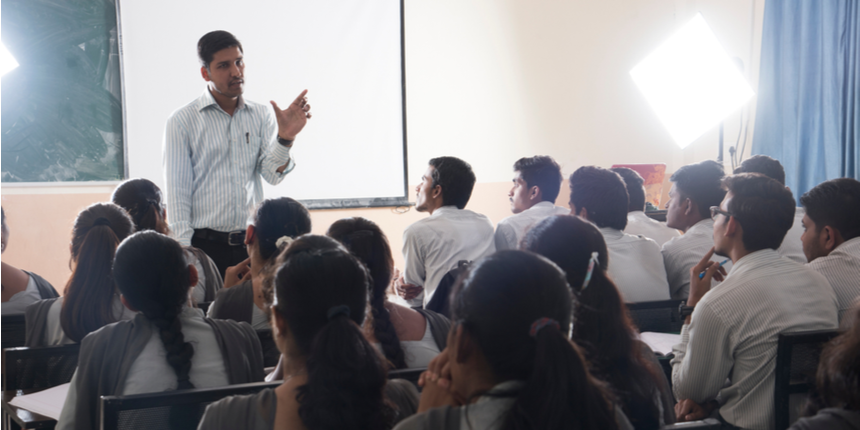 NEW DELHI: In Andhra Pradesh, 3,436 qualified candidates are waiting to be interviewed to teaching posts in state universities even two years after they passed the screening tests.

They had qualified the test conducted by the Andhra Pradesh Public Service Commission, or APPSC, for 1,019 assistant professor posts in 14 Andhra Pradesh universities in early 2018. But the process soon got entangled in a court case over the implementation of the reservation policy and the state put interviews on hold. Although the universities are grappling with faculty shortage, the state government is yet to come up with a solution, alleged the candidates.

Over the two years, they have knocked on every possible door, including that of the Governor who is also Chancellor of the state universities. They have not received any response.

The candidates, many of whom had left prestigious research opportunities in the hope of a permanent job, now face a crisis. “I deserve this position as I worked hard and qualifies the APPSC screening test,” said one of them, T Rajarao. “Apart from that, I have also cleared UGC (JRF) NET, GATE, APSET and have over three years of experience as a senior research fellow. But, now I am unemployed [and] somehow [managing by] teaching on an hourly basis in a private junior college.”

Andhra Pradesh had last recruited in 2006, long before the state of Telangana was carved out of it. Since then, there has be no recruitment of academic staff in its state universities. University departments are required by regulation to maintain a minimum faculty-strength of four but most Andhra Pradesh universities are struggling to meet this. “There are some departments with no permanent faculty, because of which funds have been suspended to the university,” claimed a candidate asking not to be named.

The recruitment process is long-drawn-out. In 2015, the state government identified and counted around 3,560 teaching posts in its universities. Of these, only 1,400 posts were held by regular faculty members, most of them on the verge of retirement. The state government constituted a High Power Committee and based on its recommendations, 1,385 posts were sanctioned. These were to be filled through direct recruitment in two phases – 1,104 posts over 2016-17 and 281 posts in the second phase, over 2017-18.

Following this, the 14 state universities collectively notified vacancies for 1,109 assistant professor posts in December 2017 and January 2018. A total of 24,074 candidates applied and about 22,000 of them wrote the APPSC test conducted in April 2018. When the results were declared in July, 3,400 had qualified.

The rest of 2018 went by and finally, in January 2019, three universities announced interviews. The candidates got their hopes up but the interviews were abruptly cancelled without proper explanation. The candidates speculate they were put on hold because of the State Assembly elections and the election commission’s model code of conduct coming into force. Two years later, they remain on hold.

“We have been regularly representing and requesting the concerned authorities in the previous and the present governments in the state about the conduct of the interviews. Despite our requests, just like the previous government, the present government too is not conducting the interviews and offers the pretext of court cases filed against the whole recruitment process without making the effort to clear the court cases since one and a half year,” said the candidate.

The recruitment process was challenged in the Hyderabad High Court by a batch of petitions filed by the Scheduled Castes (SC) and Scheduled Tribes (ST) Teachers’ Association of Jawaharlal Nehru Technological University. Historically marginalised, the SC and ST communities are entitled to reservation in recruitment. They had challenged the six percent reservation for ST candidates where the rule prescribes 7.5 percent. The High Court granted an interim stay on the appointment process.

Since then, Andhra Pradesh Service Commission (APPSC) has been citing the legal proceedings to postpone interviews. The candidates are waiting for the final hearing, the state government has not filed the counter yet.

The candidates who have cleared the screening test are claiming that the High Court has not stayed the interviews “but … has recommended that the interviews can be conducted but the publication of the results should be withheld till the cases filed against the recruitment process are vacated”, said a candidate.

They are also claiming that the cases filed against the recruitment also do not stand after the last hearing. “We have filed a case in Feb 2019, many hearings are over but from the government side, they are prolonging case without filling counter. If once counter is filed High Court may take some decision. Currently, due to lockdown, no cases came to hearing except most important cases,” said the candidate.

“We are research graduates, with NET, SET, GATE, etc and with post-doctoral experience. Most of the qualified candidates left best opportunities such as post-doctoral positions in some of the world’s best organisations in the hope of getting this permanent and dream job,” another candidate, S S Mohan Dev Tavva told Careers360. “We requested the previous TDP government for interviews, and we are requesting the present government also. Our education minister assured us justice last year, but the interview schedule has not been released yet. All these have an impact on our career, position, health, growth and economical status.”