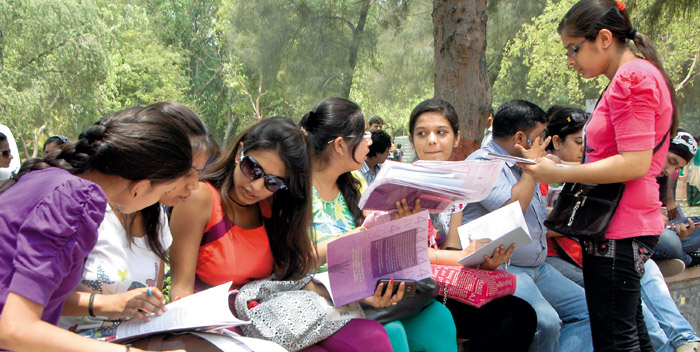 NEW DELHI: The Delhi government has directed its universities and other higher education institutes to give a three-month relaxation to students from the riot-affected northeast parts of the city in submission of original documents for admission.

The government said the students might have lost their marksheets and certificates during riots and the process of procuring duplicate documents was cumbersome and time-consuming.

"Admissions to colleges and universities under the Delhi Government have begun. The admissions will be done after the verification of original documents. "There are chances that many students have lost their marksheets and certificates in the North-East Delhi riots and they may not be allowed admissions on non-availability of original documents," said Narender Passi, Deputy Director, Higher Education.

The process for issuance of duplicate marksheet or certificate is cumbersome and takes time. Also, many do not have the resources or the time to get into this as they are busy rebuilding their homes and lives, he added.

The government has noted that it was necessary to provide timely help to the students affected in the North-East Delhi riots. All education institutions, including Delhi State Universities, to give at least three months time to the affected students to submit original documents. The provisional admission may be given on the basis of marksheet/certificate available on Digi Locker.

"Additionally, the students may be asked to submit an undertaking that they will show the original documents within three months time, failing which their admission may be cancelled," Passi said. In February, the northeast part of the national capital was rocked by violence in which 53 people were killed and over 200 injured. The areas worst-affected in the violence included Jaffrabad, Maujpur, Chand Bagh, Khureji Khas and Bhajanpura.