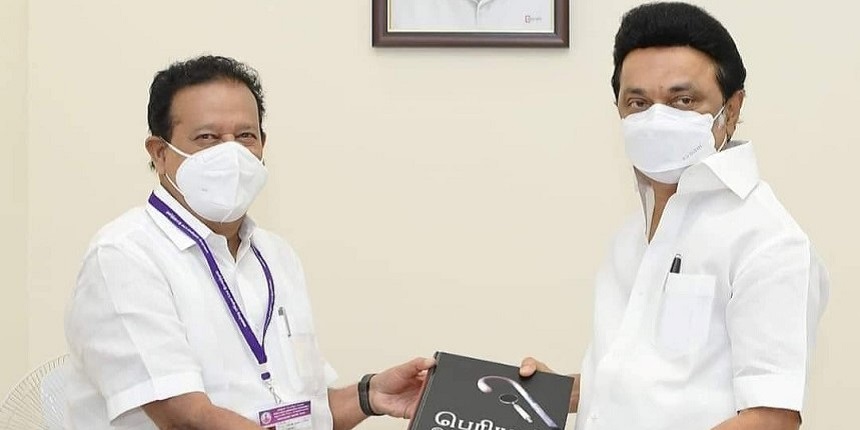 CHENNAI: The DMK government on Tuesday passed a Bill in the Assembly to integrate a varsity named after late Chief Minister J Jayalalithaa with another state-run institution, the Annamalai University, while the main opposition AIADMK staged a walkout from the House and held a road roko as well protesting against the move and dubbed it "political vendetta."

When Minister for Higher Education, K Ponmudy introduced a Bill in this regard in the House, AIADMK deputy leader O Panneerselvam and K P Anbalagan opposed it and the members of the principal opposition party staged a walkout. AIADMK's ally BJP too opposed the move. Led by Panneerselvam, AIADMK MLAs staged a protest by blocking Wallajah Road in front of "Kalaivanar Arangam," where the Assembly proceedings are being held. They were later removed from the spot by police and lodged in a hall.

Speaking to reporters, Panneerselvam alleged that the DMK government acted with political vendetta by disbanding a varsity named after 'Amma' Jayalalithaa and integrating it with Annamalai University. He said his party opposed the move in the Assembly in the introductory stage itself. He said that the late CM was behind a slew of initiatives and "achievements" in the education sector including primary and higher education.

Pointing out that she had introduced several schemes like free laptops to encourage students to pursue education, he said due to such initiatives, the Gross Enrolment Ratio in Tamil Nadu "doubled and touched 50-51 per cent" while the national average was about 25 per cent. Also, more than 60 colleges, including those in arts, science and law streams, were set up by her during her term as Chief Minister, he said. It was thus only appropriate and fitting to name a university after her and it was done during his party-led regime, Panneerselvam, said.

Hitting out at the DMK government, he said it was Amma who gave a fresh lease of life for Annamalai University (AU) years ago with which a varsity named after her was now sought to be integrated. When the AU faced a crisis situation and was facing a situation of closure, "it was Amma who saved it and Amma's government took over that university (in 2013)." Crores of rupees have been spent for its growth and for the sake of education and she brought in a renaissance in the field of education in Tamil Nadu, he said. "Due to political vendetta, they don't want a university named after her and that is why, it is being done. We strongly condemn this," Panneerselvam, also a former Chief Minister, said.

Asked on DMK's view that neither fund allocation nor land was made available for the university named after Jayalalithaa, he said it is a new university and it is the duty of the government to do it. AIADMK cadres staged protests in places including Villupuram, Tiruchirrappalli, and Ranipet and they raised slogans against the DMK government over the move.

The TN Universities Laws (Amendment and Repeal) Bill, which was later passed, repealed the Villupuram based Dr J Jayalalithaa University Act, 2021. Also, the Bill was for conversion of Annamalai University from a unitary to affiliating university by bringing colleges situated in Villupuram, Cuddalore, Kallakurichi and Mayiladuthurai districts under its ambit. To facilitate the move, the Bill amended the laws governing Annamalai and Bharathidasan universities.

Also Read | How can Thiruvalluvar University admit students outside its area? Asks HC

When the Bill was taken up for passage, BJP's Nainar Nagendran opposed it saying the move was only to effect a name change. The previous AIADMK regime had last September announced a university named after former Chief Minister Jayalalithaa by bifurcating the Vellore based Thiruvalluvar university and a Bill was passed in the Assembly in this respect during the fag end of its term.