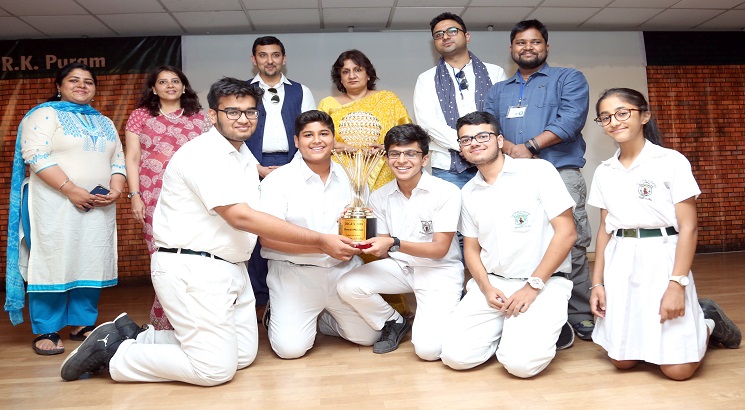 NEW DELHI, MAY 17: Students from as many as 65 schools from across Delhi-NCR actively participated in DIGEX Photography Festival at DPS R K Puram to exhibit their passion for photography through a multitude of events. DPS Vasant Kunj merged as the overall winner.

Vanita Sehgal, Principal, DPS R K Puram addressed everyone present at the event and talked about the importance of photography in the contemporary era. She talked about one of her all-time favourite photographs – Stan Wayman’s photograph of Jacqueline Kennedy at her husband’s funeral. The snapshot has been described as “one of the most poignant pictures of all time” due to the raw and natural emotion Wayman was able to capture. She concluded her speech by commemorating Digex for its unparalleled excellence.

In his speech, the Guest of Honour, Rahul Subramaniam, Managing Director, Athena Education, expressed that “A camera may have a lens, but it does not have vision. It may have memory, but it does not have perspective. It is but an instrument in the hands of the artist.” He elaborated by saying unadulterated emotions are what make a photo enduring – they depict struggle, sorrow, joy and ecstasy, and stir our souls into action. He emphasized that a photograph is a piece of history, a form of activism, a process of explorations and discovery, and a pursuit of truth and beauty.