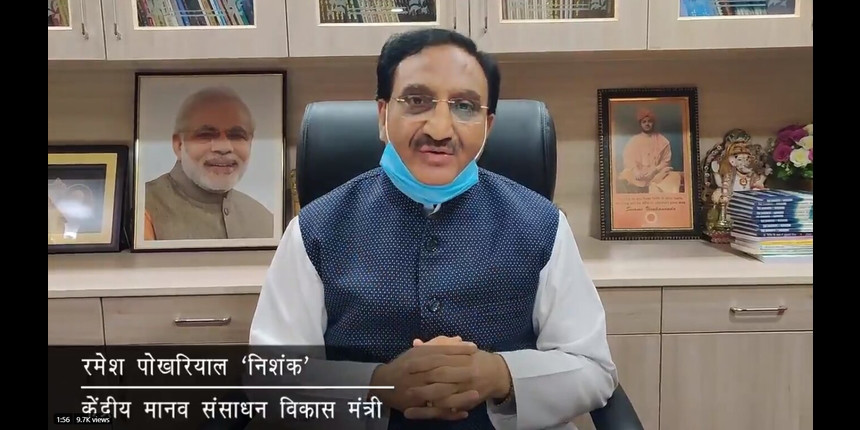 NEW DELHI: The webinar of Union Minister of Human Resource Development (HRD) Ramesh Pokhriyal ‘Nishank’ with the vice-chancellors has been postponed.

The HRD Minister was to hold an interactive session on social media platforms, Facebook and Twitter, on the situation in higher education institutions in the “post-COVID-19 era”.

Pokhriyal announced the postponement of the webinar on Twitter page saying: “Due to urgent official commitment, the interaction with Vice-Chancellor's stands postponed. Inconvenience is deeply regretted. Next date of interaction will be announced soon.”

Today’s webinar was the third webinar hosted by the HRD Minister, earlier he held an online session with parents and students on April 29 and later May 5.

The HRD Ministry will also be holding a webinar with teachers on May 14. Teachers who wish to interact or raise concerns with him can tweet with the #EducationMinisterGoesLive.