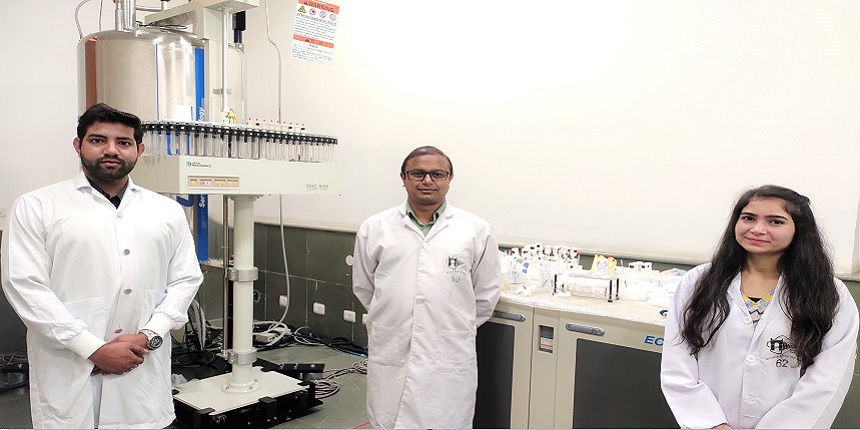 A catalyst is a substance that can be added to a reaction to increase the reaction rate without getting consumed in the process. The team has recently developed a heterogeneous catalyst based on easily available carbon, for hydrogenation – a class of reactions extensively used in the chemical industry.

The results by the IIT team has also been published in the prestigious journal, Green Chemistry, published by the Royal Chemical Society. The team was also assisted by scholars at IIT Ropar in the research. "We cannot overestimate the practical importance of catalysis. Almost all synthetic products we use in civilised life now relies on industrial preparations, which in turn make use of catalysts. Catalysts hasten or enable otherwise difficult reactions and help in increasing the yield or rate of formation of the needed products," said Venkata Krishnan, Associate Professor at IIT Mandi.

Use of safe hydrogen donor chemical

According to the research team, hydrogenation reactions are commonly used to produce compounds such as aromatic alcohols that are extensively used in perfumes, pharmaceutical products, agrochemicals, and fine chemicals. "Traditional hydrogenation methods involve the reaction between hydrogen gas and various precursors such as acids, aldehydes and ketones, collectively called carbonyl compounds.

"This is where catalysts come in. Hydrogenation catalysts are specialised chemicals that can assist the transfer of hydrogen from cheaper and non-dangerous hydrogen donors to the substrate to be converted to the product of interest. "The catalysts that are now used for hydrogenation reactions involve precious metals such as rhodium, iridium, platinum and ruthenium, which naturally add to the cost of the synthesis method, in addition to having environmental issues. Besides, the recovery of these metal catalysts is difficult," he added.

"Of many carbon-based materials that are being explored for catalysis, the IIT our team has chosen graphitic carbon nitride (GCN) as a metal-free catalyst for the chosen reaction due to its interesting chemical and physical properties. We synthesised heterogeneous catalysts by the chemical oxidation of graphitic carbon nitride (GCN) nanosheets, which results in the generation of water-loving (hydrophilic) carboxyl, hydroxyl and ketonic groups over the GCN surface", explained Krishnan. The team also claims that an added advantage of our catalyst is that it could be easily recovered and reused for several runs without any loss in catalytic activity.