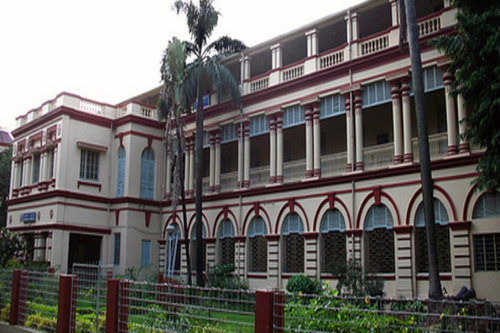 NEW DELHI: With Subir Mukhopadhyay, the interim dean of science faculty at Jadavpur University, yet to respond to institute's request to retract his resignation, following alleged humiliation by a students' union, teachers there have voiced concern over the insults meted out to them.

The Jadavpur University Teachers' Association (JUTA) has noted with dismay that a section of students have this tendency to "harass, humiliate, and insult faculty members on academic matters", its general secretary Parthapratim Roy said in a statement. This sort of behaviour has already forced two officiating deans of the science faculty to tender their resignations in the last couple of months, he said.

"In both the cases, the unwarranted interference of students, and their insistence that their demands be met, irrespective of the academic merit of their demands, and the language the student leaders have used is nothing short of shocking," the teachers' association at the premier higher educational institute said.

Any difficulty or problem faced by the university community can only be resolved through democratic dialogue between all stakeholders, including students, teachers, the administration, and other employees, the statement said. Asserting that the behaviour by the students was totally unacceptable to JUTA, the association said, "We shall not hesitate to take strict action to protect the honour and dignity of the teachers."

In his resignation letter to Vice Chancellor Suranjan Das on November 23, Mukhopadhyay alleged that he was humiliated by members of a students' union on three occasions during admission committee meetings this month. "I do hereby resign from the post of Dean (Interim), Faculty Council of Science, Jadavpur University and hereinafter, I will not participate in any meeting as Dean (Interim), Faculty Council of Science, JU. I request you to accept my resignation with immediate effect and oblige," Mukhopadhyay said in his letter.

University authorities have requested the disgruntled professor to reconsider his decision. Trouble started after faculty members differed with a Left-backed students' union over the admission nitty-gritty, which further led to heated exchanges between the two sides. A spokesperson of the students' union, however, denied that the professor was insulted over the matter, and stated that its views on the admission procedure must be accommodated as it was one of the stakeholders. He said that the union hopes Mukhopadhyay will take back his resignation and offered to talk to the teacher.