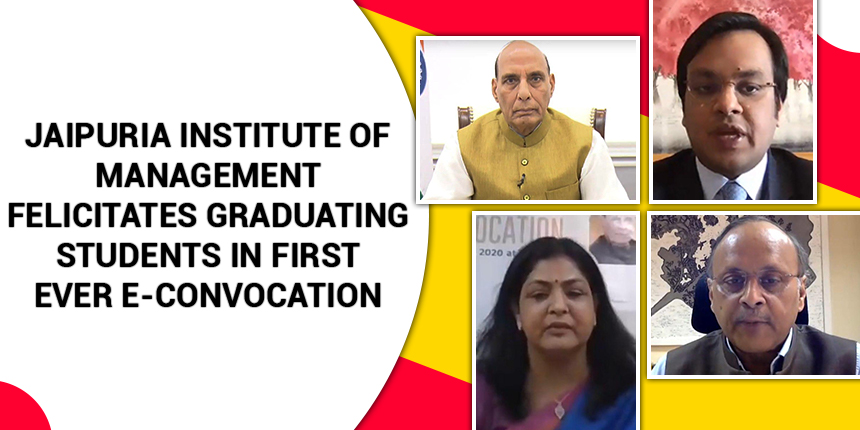 NEW DELHI- Jaipuria Institute of Management felicitated the graduating students in e-convocation. The event was graced by Minister of Defence, Rajnath Singh. At the first ever e-convocation, 900 students from Lucknow, Noida, Jaipur and Indore graduated.

Address by the Chairman and the Defence Minister of India

The Defence Minister, Rajnath Singh motivated the students with his encouraging words. Based on his own personal experience he asked the students to follow their passion, learn to learn and develop critical thinking.

There were 295 students who graduated from the Lucknow campus, 293 from the Noida campus and 226 students from the Jaipur campus.

Your Jaipuria Lucknow brochure has been successfully mailed to your registered email id “”.