KCET 2020 to be conducted as scheduled: Karnataka High Court 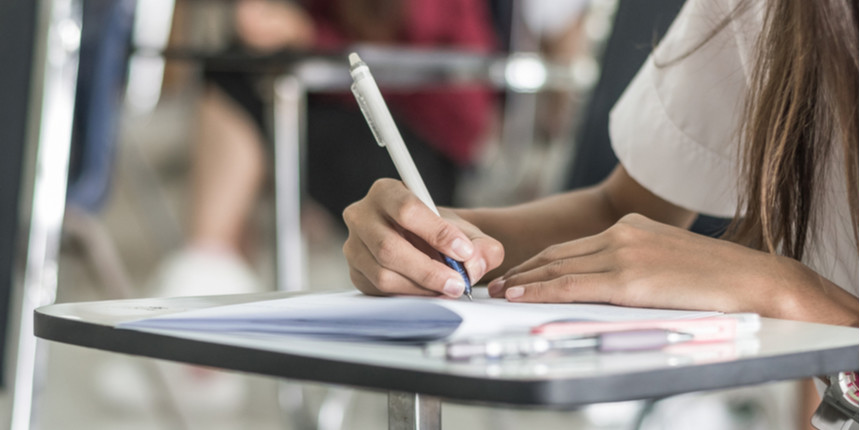 NEW DELHI: Karnataka High Court has ruled out the three petitions filed against KCET 2020 today. Since Chief Justice Abhay Shreeniwas Oka was unavailable, a Division Bench comprising of Justice Aravind Kumar and MI Arun heard the petition against KCET 2020 and made the decision that the examination will be held as scheduled on July 30 and 31. The High Court has also directed KEA to upload the SOP for KCET 2020 exam before 8 PM. Bar and Bench provided the live updates regarding the happenings of the court through their official twitter.

While the Bench hoped for the wisdom of the state to prevail, the final decision was taken after a long and intense session. AAG Dhyan Chinnappa appeared as a representative of the State Government and submitted the decision to go ahead with KCET 2020 exam on the scheduled dates. The state submitted that they had raised the exam centres from 421 to 491. However, the advocates representing the petitioners argued that the number of centres was not enough for the students since each room can have a maximum of 24 individuals. Around 8300 centres have to be provided for the exam. The advocate also spoke about how #kcetpostponeexam is trending in Twitter and over 52,000 students have retweeted.

Further Khan informs that, when exam was conducted in Kerala, students were infected of COVID.

Over 1 lakh students have downloaded the hall ticket but the actual number of students who will be writing the KCET 2020 exam can only be known on the examination date, according to Chinnappa.

Decision of the Bench

After hearing both the state and the advocates of the petitioners, the Bench raised various queries regarding the safety of the students. Asking the reason for the hurry to conduct the examination, the Bench stated that even major national exams such as JEE Main and NEET have been postponed.

Chinnappa: Only 40 students writing the exam have covid.

Bench: How do you know?.

Bench: Why should students come with a doctor certificate? What is this? We are not satisfied with your SOPs.
What is the hurry for you? Even NEET has been postponed.#KCETEXAM#kcetpostpone

Not wanting to risk the lives of young students for the examination, the Bench also remarked that it will be difficult for COVID afflicted students to obtain a medical certificate stating that he/she is fit to give the exam since no clinics are currently open.

Bench: Which medical practitioner will give a certificate to covid patient saying that he is fit to write exam? There are no clinics now. #kcetpostpone #KCETExams

However after a break, the Bench passed the order to continue with the examination since it cannot be stalled. The court has also ordered that no students should be prevented from appearing for the exam and henceforth, all of the state police should be notified regarding the same.

Chinnappa stated that one room will be kept open at every centre for students whose temperature may arise. He also said that that transportation will be provided for CET students, centres will be sanitized, covid positive students will be kept in separate rooms, containment zones students will also be taken care of, students from other states will be treated as "business travellers". Hall tickets will also serve as passes to move out of the containment zones. Financial loss due to the setup of the examination already completed was also stated as one of the reasons for non-postponement.

This is totally unfair, and getting students life in complete risk.
Didn't hope Karnataka HC would take this decision while other states have postponed the exams☹️😔

Decision given so late... What shd we study now?? There are 2 subjects tomorrow!!!!

We need the reason why they haven't postponed