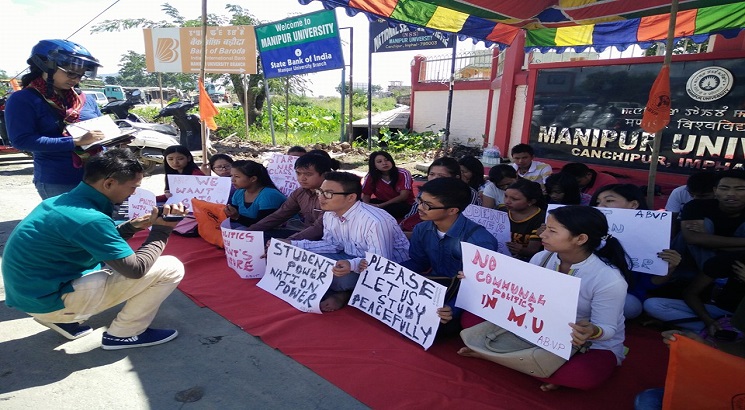 NEW DELHI, JUNE 8: With student protest entering tenth day at Manipur University, the student union is in no mood to let the varsity function until the Vice Chancellor is removed. The students are demanding his removal over failure to appoint key functionaries at the central university.

The MU students’ union is saying that they will not allow the varsity to function until the VC, Prof Aditya Prasad Pandey is removed. The shutdown at the university has also postponed the semester examinations, which were supposed to begin from June 6.

The students are claiming that they were forced to take this step as there was no response from the President, Prime Minister and other central leaders to their plea. They have written to concerned people demanding the presence of Vice-Chancellor in the campus and appointment of full-time Registrar, examination controller, librarian, and curator.

The student union has accused Pandey of creating several contractual posts by going against the university rules and regulations.